The rate at which you people lie, the devil will be jealous – Nigerians react as local club, Mighty Jets claim their goalkeeper was born in 1995 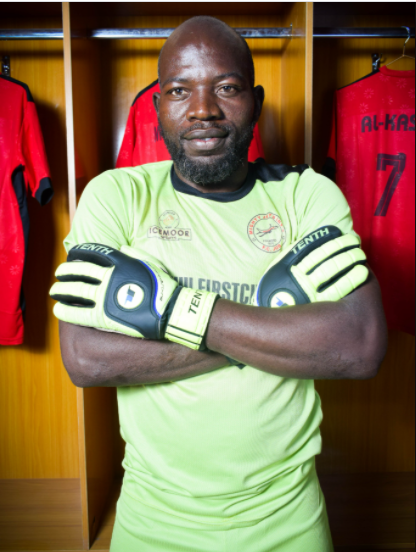 Twitter users were sent into a frenzy by one Nigerian football club, Mighty Jets International over the age of their goalkeeper, Gobum Rotduwe.

On Tuesday, the Jos club took to social media to unveil their new range of kits ahead of the Nigerian National league season while profiling its players. However, the goalkeeper became the center of attention as many believe he is way older. 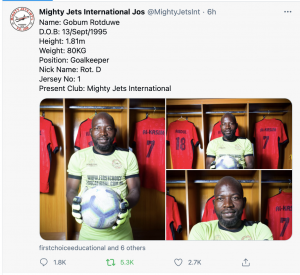