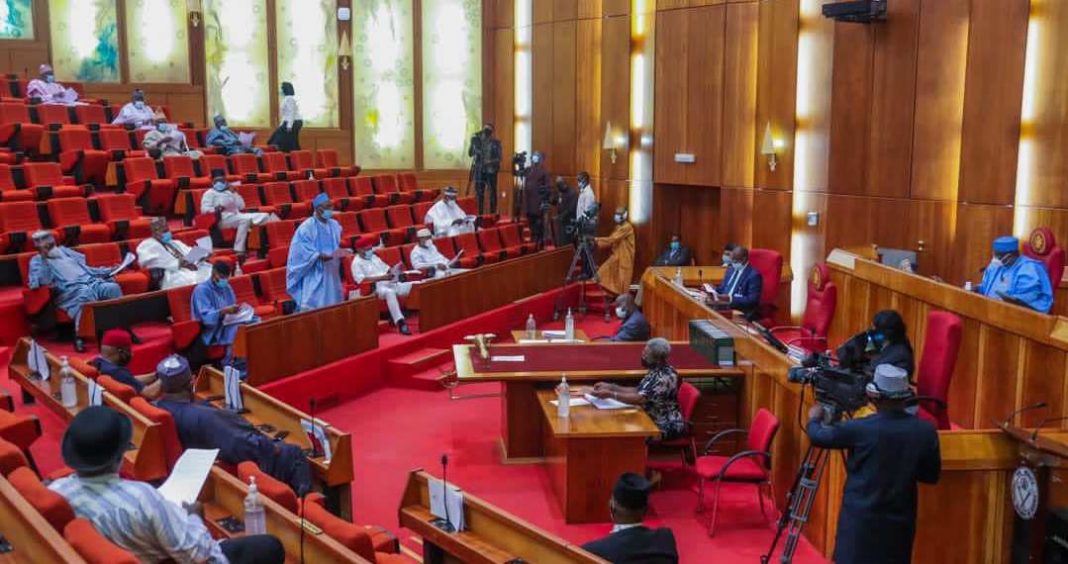 The new Bill seeks to help Nigeria deal with any impending outbreak of infectious and contagious diseases in the future.

The National Health Emergency Bill has scaled second reading at the Senate.

The bill which seeks to repeal the 96-year-old Quarantine Act, was considered after a brief deliberation on Tuesday. It is sponsored by Chukwuka Utazi (PDP, Enugu North).

Introduced in May 2020, the legislation seeks to help Nigeria deal with any impending outbreak of infectious and contagious diseases in the future.

If signed into law, it would establish a legal and administrative framework for handling outbreaks of infectious and contagious diseases that portend major threats to public health safety within Nigeria, or are likely to be transmitted into Nigeria or outside Nigerian borders.

The bill is considered by many as the Senate version of the controversial Control of Infectious Disease Bill which was introduced in the House of Representatives last year.

consideration and passage by members of the House.

PREMIUM TIMES Sunday reported the details of the bill.

One major aspect of the House bill that caused controversy is the power it gives a Health Officer, to carry out vaccination on a person leaving or coming into the country, “if he thinks fit”.

Mr Utazi, however, said his bill does not demand for such. He said the bill “is devoid of any controversial clauses and no individual will be subjected to forced immunisation under the proposed legislation.”

In his lead debate, he said the bill provides the legal and institutional framework for imposition and implementation of mandatory seIf-isolation and quarantine of infected persons, introduction of movement restrictions, and adoption of appropriate safety and welfare measures at or during the outbreak of dangerous contagious diseases.

The bill also provides statutory recognition for power of the President, and in appropriate circumstances, the Governor, to declare any place or area “an infected area” and accordingly issue appropriate regulations or directives to prevent the spread of such infections in Nigeria, and the transmission from Nigeria to any other part of the world.

“It also provides for funding, accountability mechanisms for containment measures introduced at the outbreak or during disease epidemics and pandemics and prescribes offences and appropriate punishments for violations and contraventions associated with the control and management of dangerous contagious disease epidemics or pandemics.”

Made up of 72 clauses which are subdivided into eight parts, the legislation seeks to repeal the archaic Quarantine Act of 1926 and under schedules l and II, expands the scope and interpretation of dangerous infectious diseases beyond what is contained in the Quarantine Act.

“Indeed, most of the aliments like cholera, plague, yellow fever, smallpox and typhoid that warranted the enactment of the Quarantine Act of 1926 do not require the same quarantine measures as today’s complex and deadly epidemics such as Ebola and COVID-19.

“The passage of this Bill will effectively address these shortcomings and put in place a legislation that is up to date with modern realities regarding disease epidemics or pandemics,” he added.

Highlights of the bill

Some major highlights of the bill include Part II which explains the power of the president, and in appropriate circumstances, the governor of a state, to declare any place as an infected area at the outbreak of dangerous epidemics or pandemics; appointment of a Special task force for effective coordination of national remedial measures at the outbreak of dangerous infectious diseases.

Part III of the bill addresses the administration of the provisions of the bill – mainly vested in the Director General of Nigeria Centre for Disease Control and his heath officers. While Part IV provides for the control of infectious diseases within the Federal Republic of Nigeria and provides the necessary safeguards on the powers of the DG NCDC by vesting

supervisory powers on the Honourable Minister of Health.

After it was read for the second time, the Senate President, Ahmad Lawan, referred the bill to the Senate Committee on Primary Health Care and Communicable Diseases for further legislative work.
SourcePremium timesng