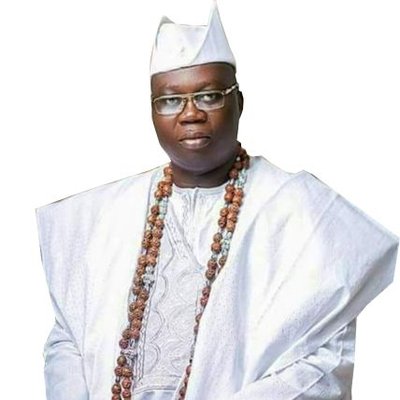 BY ERIC DUMO
Aare Ona Kakanfo of Yorubaland, Gani Adams, has described the death of Publicity Secretary of Afenifere, Mr Yinka Odumakin, as a huge loss to the country.

Adams said the death of the late Afenifere scribe would be felt for a long time to come.

He said, “We’ll all miss his voice. We’ll miss his commitment, we’ll miss his bravery because the late Yinka Odumakin’s fearless image loomed larger than what we can easily forget in a hurry.

READ ALSO: I was once married, Don Jazzy reveals

“He was a phenomenon that spoke truth to power. He cut a picture of an all-rounder, a media personage, an analyst and public commentator that had wormed himself to the hearts of many people.

“His exit had left a big vacuum in the social and political milieu and Nigerians will always remember him for who he was because in his life.

“For the Yoruba nation and Afenifere as a whole, Odumakin’s imprints will always be in the book of history.”