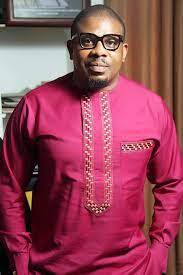 BY ERIC DUMO
Anambra State Commissioner for Public Utilities, Emeka Ezenwanne, who was abducted by gunmen on Wednesday during an attack on a former governor of Central Bank of Nigeria, Prof Chukwuma Soludo, has been released.

Soludo was having an interactive session with youths in his hometown of Isuofia under Aguata Local Government Area of the state when the hoodlums struck and abducted Ezenwanne.

Three policemen on duty on the occasion were killed and their guns taken away.

A source said, “I just spoke to the commissioner, he has been freed and he is in good health too. He was released at about 1:00am on Easter day.

“He said he didn’t pay any ransom, and also told me that his abductors did not treat him badly in any way.”

Spokesperson for the police in the state, Ikenga Tochukwu, confirmed the development.

He said, “The Anambra State Police Command today 4th April 2021, wishes to confirm to the members of the public especially the people of Anambra, the safety of Engr Emeka Ezenwanne, the state’s Commissioner for Public Utilities.

“The commissioner returned home unhurt in the early hours of today 4th April 2021.

“The police command has arrested five suspects in connection with the incident and remains committed to apprehending the remaining gang members.”