Nigeria has become a massive killing field under Buhari –Kukah 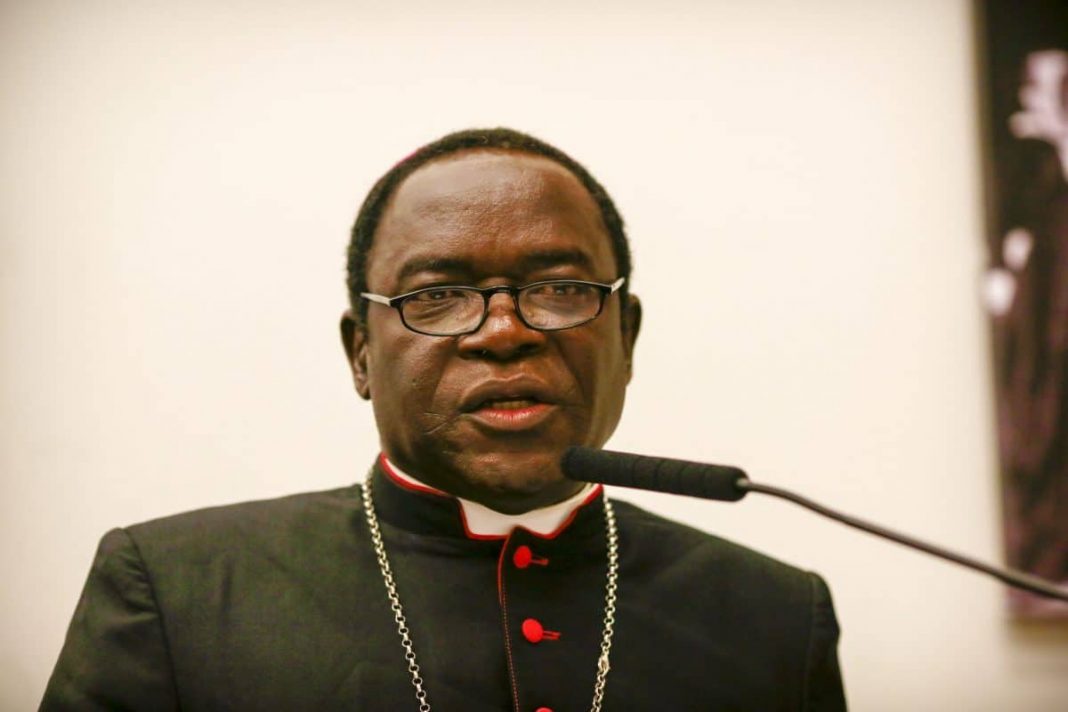 BY ERIC DUMO
Bishop of Catholic Diocese of Sokoto, Matthew Kukah, has once again lambasted the current administration led by President Muhammadu Buhari.

Recall that Kukah had in December 2020 accused Buhari of turning nepotism into a state policy.

Kukah claimed that there could have been a coup if a non-Northern Muslim President had done a fraction of what Buhari had done since gaining power in 2015.

The cleric also accused the President of institutionalising Northern hegemony by “reducing others in public life to second-class status”.

In his Easter message on Sunday, Kukah compared Nigeria’s current predicament to that of Biblical Israel’s situation that led to the death of Eli, their great high priest.

He said Nigeria had become a massive killing field as both leaders and citizens watched on haplessly.

He said, “Taunted by Boko Haram, ravaged by bandits, kidnappers, armed robbers and other merchants of death across the nation, there is collective fear as to whether Nigeria’s glory is about to depart!

READ ALSO: Pope slams weapons spending amidst the global pandemic
“A thick and suffocating cloud of desperation, despondency, desolation, gloom, and misery hangs in the hot air. We have no message and have no idea how long this will last. Our people seek solace and protection, but frustration and darkness threaten to drown them.”

Bishop Kukah also claimed that the survival of the country as a whole was hanging in the balance, decrying that all the telling signs and warnings were being ignored.

He added, “The very survival of the nation is at stake. The nation is pulling apart. Widespread serious insecurity for long unaddressed has left the sad and dangerous impressions that those who have assumed the duty and authority to secure the nation are either unable or worse, unwilling to take up the responsibilities to their office. Patience is running out. Sadly, all of these warnings are still falling on deaf ears.

“They manufacture consent by creating imaginary enemies, setting citizens against one another by deploying religion, ethnicity, region, and other platforms while appealing to the base emotions of patriotism. We forget the reality that without truth, the throne of power often turns into a cage, and the occupant is turned into a prisoner. In reality, the truth needs neither a judge nor a witness. The truth is its own judge and witness. Without the truth, as the old song says, all else is sinking sand!”

Kukah also said human life was slowly losing value in the country, criticising government’s position on the rehabilitation of bandits and terrorists.

He said, “Mysteriously, the government is investing billions of naira in rehabilitating so-called Boko Haram repentant members and their other partners in crime in the belief that they want to turn a new leaf. These criminals have waged war against their country, murdered thousands of citizens, destroyed infrastructure and rendered entire families permanently displaced and dislocated. Why should rehabilitating the perpetrator be more important than bringing succour to the victims?

“When kidnapped or killed, victims and their families are left to their wits. They cry alone, bury their loved ones alone. And our government expects us to be patriotic? The victims of violence need empathy, which the dictionary defines as the ability to understand and share the feelings of the other. A critical deficit of empathy on the side of the government makes healing almost impossible for the victims. We have not heard anything about a rehabilitation programme for the thousands of schoolchildren who have been victims of abduction.

“We seem to assume that their return to their schools is sufficient. Left unaddressed, the traumatic effect of their horrors will haunt them for a long time. Tomorrow’s parents, military generals, top security men and women, governors, senators, and ministers will come from today’s pool of traumatised children. The security quandary is the greatest indictment of this government.”

He also recalled Buhari’s statements at his swearing-in on May 29, 2015, highlighting the president’s failure to meet up with expectations.