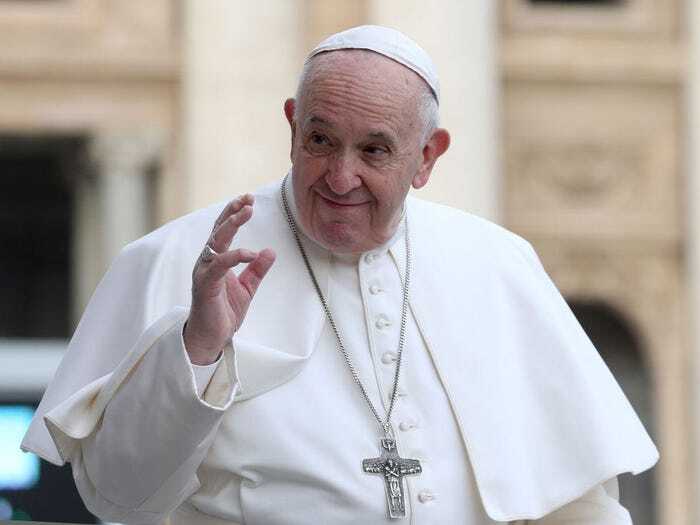 Pope Francis has in his Easter message on Sunday said that arms spending during the pandemic was a scandalous act.

The pontiff advised world powers to take responsibility and facilitate the vaccine distribution in the midst of the global pandemic.

He said, “I urge the entire international community, in a spirit of global responsibility, to commit to overcoming delays in the distribution of vaccines and to facilitate their distribution, especially to the poorest countries.”

The Easter papal service was only attended by a small gathering at the St. Peter’s Basilica for the second year in a row due to Coronavirus.

There were fewer than 200 people in the church, a huge reduction from the usual average of 100,000 people in St. Peter’s Square.

The message was also broadcast to tens of millions around the world.

After saying the Mass, Francis read his “Urbi et Orbi” (to the city and the world) message, in which he traditionally reviews world problems and appeals for peace.

He said, “The pandemic is still spreading, while the social and economic crisis remains severe, especially for the poor.

“Nonetheless and this is scandalous, armed conflicts have not ended and military arsenals are being strengthened.”

The Pope also decried the violence and conflict in the world and prayed that God will help mankind to overcome the “mindset of war”.

Pope Francis then prayed for God to comfort the sick, those who have lost their loved ones and the ones who have been rendered jobless by the global crisis.

He urged authorities to give families in greatest need a “decent sustenance”.

Francis also said that he realised that many Christians were still persecuted and called for all restrictions on freedom of worship and religion worldwide to be lifted.