Students get N476.8m reward from Afe Babalola in seven years 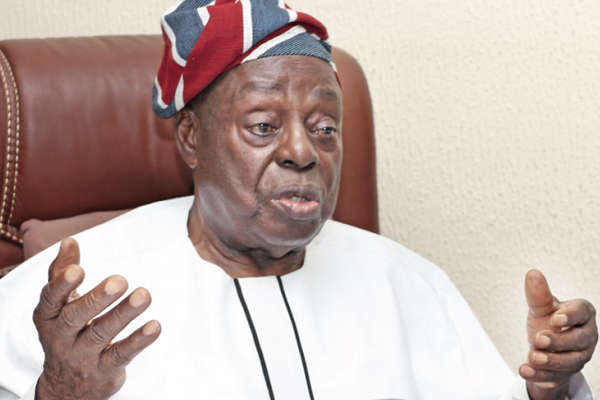 This was disclosed in a statement by the University’s Head of Corporate Affairs, Mr Tunde Olofintila.

The statement quoted Babalola as saying this while addressing the institution’s Senate at a special session.

The amount, according to the SAN, was the total accumulation of what he spent so far to encourage scholarship.

Babalola also announced a five per cent increase in the salary of lecturers.

According to the report, Babalola will also start giving scholarships to two students in each of the five undergraduate colleges; the best student among those newly admitted including the poorest students from next admission period.

The scholarship package would include free tuition and $5,000, in addition to the yearly prizes instituted in 2013.

Concerning the salary increase, Afe Babalola reiterated the university’s stance on staff welfare, stating that the new salary stands at five per cent above the highest-paying universities in the country.

He said, “The university is interested in staff welfare, and that is why we have analysed and collated salaries of teachers at all levels in private, state and federal universities. We have thus decided to increase ours by five per cent over and above the highest.”

Afe Babalola also lauded the progress of the university in its first 10 years, saying that they exceeded expectations.

He added, “In the first 10 years, ABUAD has overshot its expectations in all the colleges, winning many national and international awards, accolades and recognitions.

“In the next 10 years, our plan is to be among the first 100 universities in the world.”