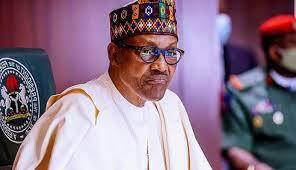 President Muhammadu Buhari has offered his condolences to the people of Nasarawa over the death of two leaders of Miyetti Allah Cattle Breeders Association in the state.

On Friday, suspected bandits killed Mohammed Husaini, leader of the association in the state.

Mohammed Umar, head of the association in Toto Local Government Area of the state was also killed by the hoodlums.

Buhari has since said that the two Miyetti Allah leaders had “forged a strategic partnership with government against the menace of bandits and kidnappers”.

Buhari went ahead to call on Fulani leaders in the state to elect a person, who will build on this foundation of peace.

READ ALSO: Prince Utieyinoritsetsola Emiko has been named the new Olu of Warri.
“President Muhammadu Buhari condoles with the government and people of Nasarawa State over the brutal killing of the leaders of the Miyetti Allah who forged a strategic partnership with the government against the menace of bandits and kidnappers,” a statement by Buhari’s spokesperaon, Garba Shehu, read.

“The President described the late Alhaji Husaini who was among those murdered as a beacon of peace for Nasarawa State and the sub-region.

“In praying for the repose of the souls of those killed, President Buhari urged Fulani leaders in the state to choose new leaders who will build on the foundations of peace set up by the Husaini-led leadership.”