Wreckage of missing jet yet to be found, Nigerian Air Force reveals 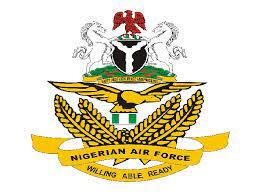 By Wisdom Deji-Folutile
The Nigerian Air Force has dismissed recent reports claiming that the wreckage of the missing NAF Alpha Jet had been found in Bama, Borno State.

He said, “The attention of the Nigerian Air Force (NAF) has been drawn to an online publication by a national daily of 5 April, 2021 on the unfortunate crash involving the NAF Alpha Jet aircraft earlier reported missing.

“The report, which quoted “an authoritative military source” was not only misleading but absolutely at variance with known ethos of the journalism profession as the medium never made effort to contact the NAF to verify the story before the said publication.

READ ALSO: Only vaccinated pilgrims will participate in this year’s Hajj, Saudi Government says
“From the day control lost radar contact with the aircraft on 31 March, 2021, the NAF as a professional fighting force has been keeping members of the public abreast and updated on the missing aircraft and combined efforts of the NAF and Nigerian Army search and rescue team to locate the crashed aircraft.

“It is therefore sad and disheartening that such an unverified story could be published without any effort to confirm its veracity from the NAF.

“It is not in dispute that the media as the watchdog of the society have the right to continually inform the public. It should however be done within the acceptable dictates of the noble journalism profession.

“While search and rescue efforts are being sustained until the wreckage of the aircraft is found, the NAF wishes to reassure the general public that it shall be informed of any update as regards the missing aircraft.”

On Friday, NAF also dismissed claims by the Islamic terrorist sect, Boko Haram, that they were behind the crash of the jet.

The shared video of the “shoot-down” of the aircraft has also been proven to be fake by CNN analysts.