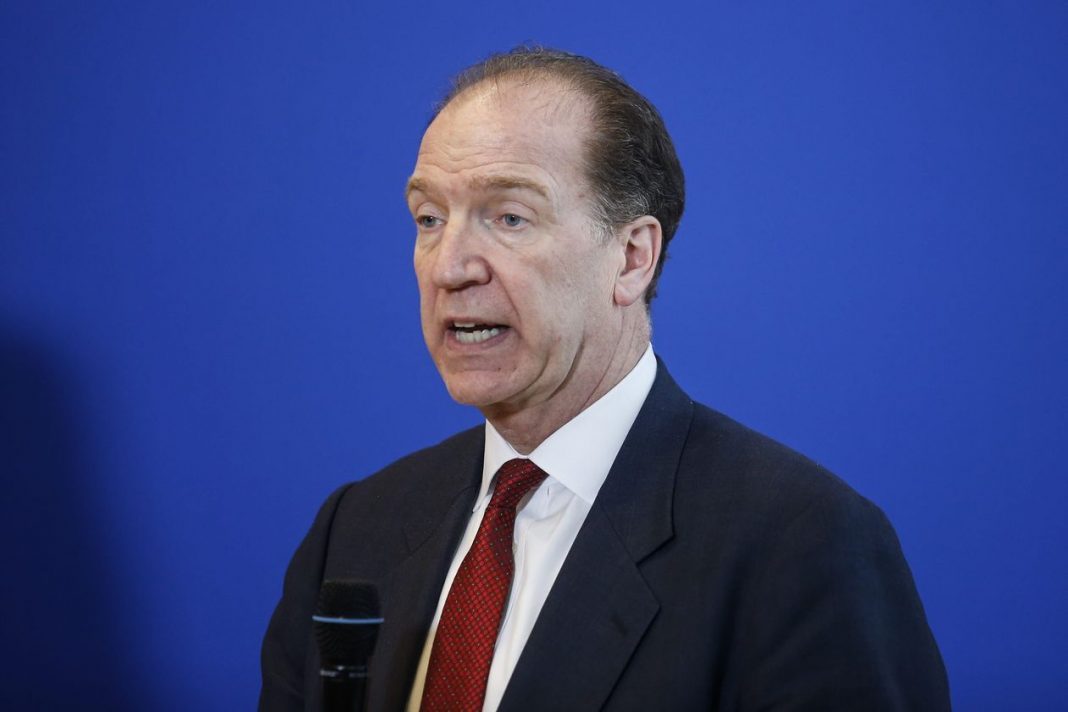 BY ERIC DUMO
The Group of 20 gathering of finance ministers from the world’s largest economies this week is likely to extend debt-service suspension initiative for poorer nations until the end of the year, World Bank President, David Malpass, has said.
The extension of the reprieve in debt-service payments by many of the world’s poorer nations will probably be the final, Malpass told reporters on Monday.
Bloomberg reports that the G-20’s Debt Service Suspension Initiative, which took effect last May, delivered $5bn in relief for more than 40 countries in 2020, according to the World Bank.
READ ALSO:Six persons arrested by police in Anambra over vehicle, tricycles theft, others
The G-20 last October extended the program originally set to expire in December 2020 through June and agreed to consider a further six-month extension later.
The World Bank has made good progress in helping countries through the pandemic but much work remains to be done to achieve sustainable and broad-based economic growth without harming the environment or leaving hundreds of millions of families in poverty, he said.
“I expect resources will be a challenge,” Malpass said, adding, “I think there will be years of greater need for deeply concessional resources.”