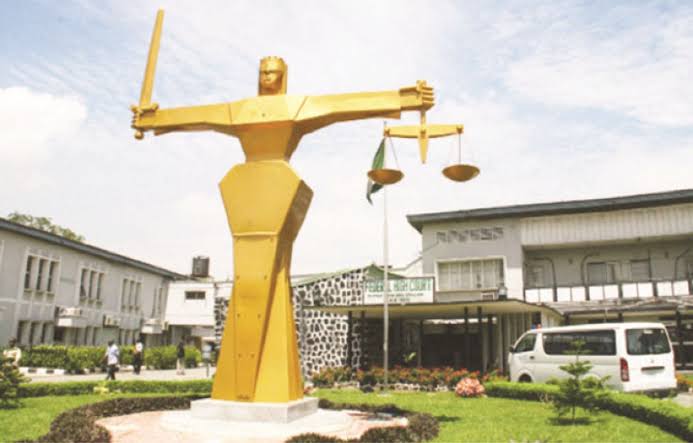 Members of the Judiciary Staff Union of Nigeria on Tuesday shut down the Federal High Court, Ikoyi, Lagos.

They also sent out staff from offices, courtrooms and the premises around 9:00am.

It was learnt that the JUSUN members were enforcing their indefinite nationwide strike, which started on Tuesday.

They also sealed some of the offices and pasted strike notices on their entrances.

JUSUN had on Thursday declared an indefinite nationwide strike over its demand for financial autonomy for the judiciary.

The union had at its national executive meeting in Abuja on March 13, 2021, issued a 21-day ultimatum to the government.

In a circular dated April 1, 2021, the union had told members to shut courts across the country from Tuesday, April 6.

The circular issued by the General Secretary of JUSUN, Isaiah Adetola, partly reads, “Therefore, as a result of the public holiday on April 5, 2021, the strike action has been postponed to Tuesday, April 6, 2021. You are directed to shut down courts/departments in your states until further notice from the National Secretariat of JUSUN in Abuja.”

President Muhammadu Buhari had earlier on May 22, 2020, signed into law an Executive Order granting financial autonomy to the legislature and the judiciary across the 36 states of the federation.

The Executive Order No. 10 of 2020, made it mandatory for all states to include the allocations of both the legislature and the judiciary in the first-line charge of their budgets.

The order also mandates the Accountant-General of the Federation to deduct from the source amount due to the state legislatures and judiciaries from the monthly allocation to each state, for states that refuse to grant such autonomy.