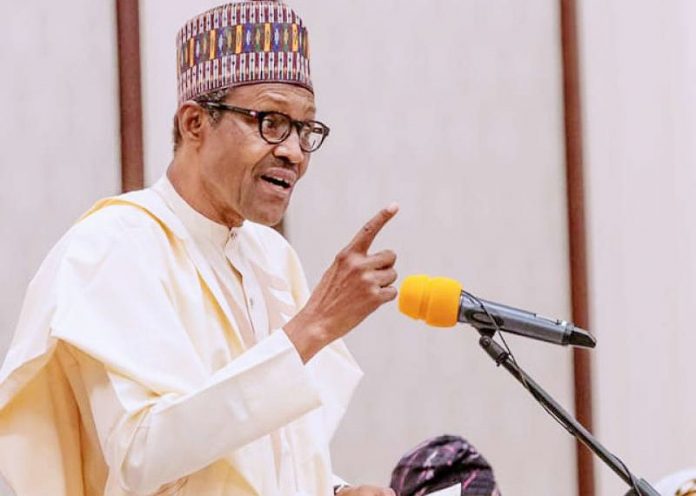 President Muhammadu Buhari has spoken out against the incessant killings perpetrated by bandits in Zamfara State.

The President condemned what he termed “insane violence” and warned bandits that his administration had the capacity to crush them.

Recall that over 30 people were killed in attacks on Gobirawa, Rini, Gora and Madoti Dankule in Bakura and Maradun local government areas in Zamfara.

The recorded number of deaths from these attacks has continued to rise since the incident s were reported on Wednesday.

READ ALSO: FG reduces passport processing time to six weeks
Premium Times has put the death toll at 83.
The President called on all security outfits in the country to put an end to the barbaric attacks, charging them to be proactive and ruthless.

“Let’s not give these criminals any opportunity to succeed by taking the war to their own camps and stop them in their tracks before they even have the time to respond under our massive firepower,” Buhari said.