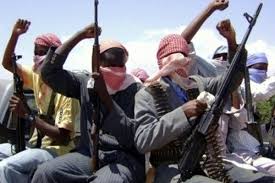 One person, identified as a medical doctor, was killed while an unspecified number of worshippers were abducted by the attackers.

An eyewitness, who narrowly escaped the scene at Haske Baptist Church in Manini Village, Mr Yakubu Bala, said the bandits, who were heavily armed, stormed the church and sorrounded the worshippers at about 9:00am.

He explained that the bandits came in large numbers and began to shoot sporadically at worshipers, who scampered for safety in different directions.

According to him, “Dr Zakariah Dogo Yaro, a medical doctor with the Kaduna State Ministry of Health, was shot dead and unspecified number of people kidnapped while many worshipers sustained varying degrees of injuries.

“As am talking to you, we have not seen some of our villagers who ran into the bushes while the shootings went on.

“We don’t know what’s happening that we are facing this kind of scenario in our peaceful communities. Most villagers are threatening to leave their homes because of the constant attacks on so many villages in Chukun Local Government Area.”