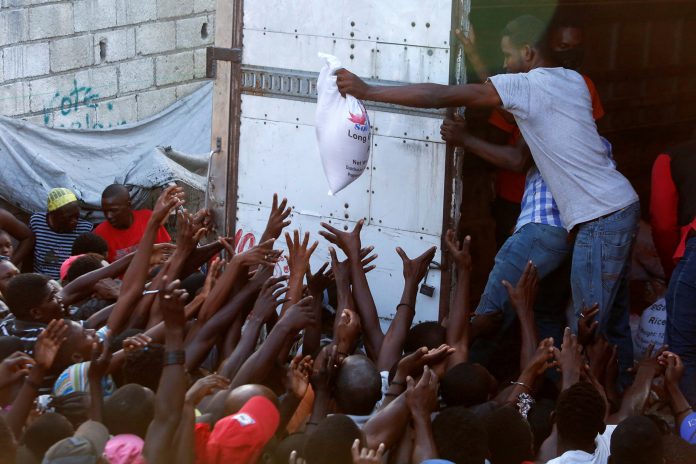 At least one person died while five others sustained injuries during a commotion by beggars struggling to get Ramadan gifts in Katsina State.

The incident happened Saturday evening but security sources confirmed the incident on Sunday.

Eyewitnesses said the victims were trampled upon by others during the commotion.

It was learnt that beggars from Nigeria and neighbouring Niger Republic always go to the businessman’s house on daily basis during the fast period for money or food.

Sources added that Saturday’s incident was triggered off by the overzealousness of some of the beggars who were not ready to await their turn before being attended to.

Security operatives had cordoned off the premises of the house on Sunday because of the incident.

Two police vans and some armed policemen were seen at the main entrance of the house on Sunday.

Spokesperson for the Katsina State Police Command, Gambo Isah, was yet to react to enquiries on the incident as at time of this report on Sunday afternoon.

A senior police officer, who pleaded for anonymity, however, confirmed the incident.

“Yes, it’s true but we have taken the necessary precautions to avert a recurrence,” he said.