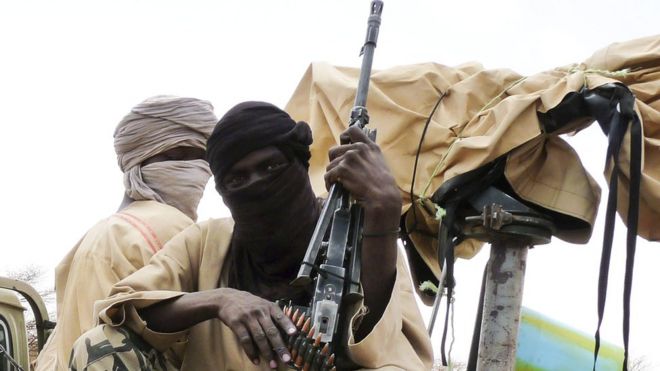 But the police, vigilante, and other security operatives acted swiftly to distressed call, stormed the area, battled the bandits, and arrested five of them.

A source revealed on Monday that the incident took place about 9:30pm, noting that some Islamic pupils were hit by bullets and taken to an undisclosed hospital in Zaria for medical attention.

The bandits were said to have invaded the estate in large numbers on motorcycles, shooting indiscriminately.

“They succeeded in taking away the a custom officer’s wife, leaving the children who were shouting, behind,” said the source, adding that “the bandits attacked another house where another woman was taken away.

“The police were able to arrest two of them (bandits) on Sunday while the other three (bandits) were arrested this morning (Monday).”