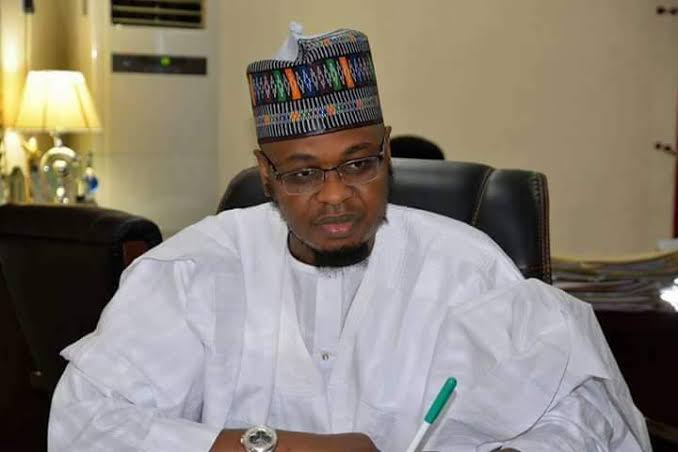 The All Progressives Congress Advocates Forum has commented on the recent backlash faced by Minister of Communications and Digital Economy, Isa Pantami, over his past pro-terrorism sentiments.

The forum has said that the minister should be judged by his service and not his past.

Citing Apostle Paul from the New Testament in the Bible as an example, the group claimed that Pantami had also been converted away from his pro-terrorist views after being exposed to “fresh evidence”.

The Convener, APC Advocates Forum, Comrade Kabiru Duhu, in a press conference in Abuja on Monday insisted that Pantami had shifted away from his previous impressionable self to become more vocal against the atrocities committed by Muslim terrorists.

He said, “Dr Pantami is one Nigerian who has had to speak in positive terms in the past out of his conviction as an impressionable Islamic cleric, about AL Qaeda and Osama Bin Laden at a time many other clerics in Nigeria believed that Saudi Arabia was doing the right thing.

“Along the line, he (Pantami) had an experience similar to what the Holy Bible told us that Apostle Paul had on the road to Damascus after he was exposed to fresh evidence.”

According to the forum, Pantami has since openly recanted his previous comments and also took it upon himself to preach against Islamic extremist ideologies across major cities of Northern Nigeria.

The group claimed that Pantami’s newfound righteous ministry has made him a prime target for Boko Haram.

“He was, in fact, one of the few Islamic preachers that dared preached publicly against the deadly sect, before it was designated as a terrorist group, and which was why Abubakar Shekau, the leader of the insurgent group in February 2020 issued a fatwa on him and reminded Nigerians how his group shot and killed other preachers,” the group stated.