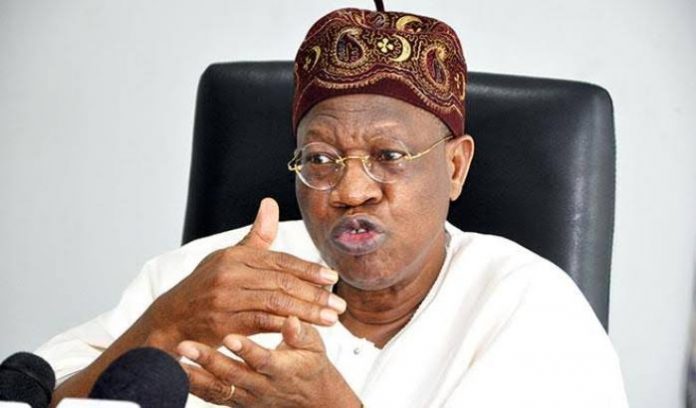 Nigeria’s Minister of Information and Culture, Lai Mohammed, has rebuffed calls for secession, saying that restructuring the nation was the best scenario for Nigeria today.

Mohammed said this during Channels Television’s Newsnight on Monday.

According to him, while calls for restructuring are reasonable, secession calls are not.
READ ALSO:Nigerians did N356.47trn worth of e-transactions in Q4 –NBS
-Advertisement-

“The agitation for political restructuring is okay. However, what is not okay is the call for secession or for separation,” Mohammed said.

He explained that his reason for saying so was that the secession may not be a clean break-off and that breaking off may cost citizens more than staying together.

He added, “We would need more energy to break Nigeria than to fix it. As a matter of fact, the strength of Nigeria is its diversity. So everybody agreed that secession is not an option