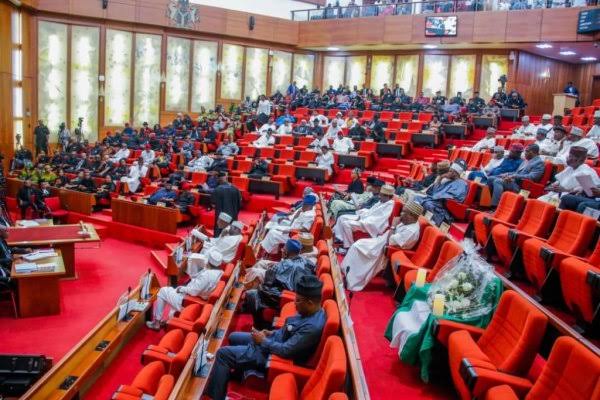 The Senate Committee on Judiciary, Human Rights and Legal Matters, on Monday cautioned the administration of President Muhammadu Buhari against further lopsidedness in federal appointments in the country.

Chairman of the Senate panel, Opeyemi Bamidele, handed the warning during the screening of Hon. Justice Salisu Garba Abdullahi, as Chief Judge designate of the High Court of the Federal Capital Territory, Abuja.

Bamidele specifically asked the presidency to adhere strictly to the federal character principles in further appointments to all the various arms of government.

He insisted that the provision of Section 14, Sub-section (3) of the 1999 constitution of the Federal Republic of Nigeria (as altered), as it affects the issue of federal character, must be adhered to at all times.

He said, “The need for merit and compliance in the consideration of citizens for an appointment, including the ones that will come before the Senate for confirmation, must be re-emphasised for the record.

“In addition to ensuring that potential appointees meet the eligibility criteria stipulated for the relevant public offices into which they are being appointed, adequate care must also be taken to ensure that the federal character principle established by virtue of the clear provision of Section 14, Sub-section (3) of the 1999 constitution of the Federal Republic of Nigeria (as altered) is not undermined.

“For the avoidance of doubt, the above-cited constitutional provision clearly states that:

“(3) The composition of the government of the federation or any of its agencies and the conduct of its affairs shall be carried out in such a manner as to reflect the federal character of Nigeria and the need to promote national unity, and also to command national loyalty, thereby ensuring that there shall be no predominance of persons from a few states or from a few ethnic or other sectional groups in that Government or in any of its agencies.”

He tasked those who participate in the process of executive and judicial appointments in the country, especially individuals and bodies saddled with the responsibility of making recommendations to the President “to ensure compliance with both the eligibility criteria, as well as the federal character principle.”

He said it was “to avoid unnecessarily heating up the polity and eroding the unity and strength of our country and in the process, weakening the foundation of our country as well as the hope of its federating units”.

Bamidele added, “We have an extremely bright and exciting future in one indivisible and indissoluble nation that is propelled by unity in diversity and all hands must be on deck to ensure this aspiration is guided jealously.

“This shall remain our guiding principle in the 9th Senate under Senator Ahmad Lawan’s watch as we continue to guard jealously the spirit and letters of the constitution of the Federal Republic of Nigeria, which we all swore to protect in the overriding public and national interests.

“May I also add that it is not only morally and politically correct to ensure compliance with Section 14 (3) of our Constitution, establishing the federal character principle.

“It is, in fact, a fundamental obligation imposed on government and all its functionaries as contained in the preceding Section 13 of the said 1999 constitution of the Federal Republic of Nigeria (as altered), which unequivocally states that:

“It shall be the duty and responsibility of all organs of government, and of all authorities and persons, exercising legislative, executive or judicial powers, to conform to, observe and apply the provisions of this chapter of this constitution.

Bamidele urged the Nigerian Governors Forum, to without further delay, address the lingering issue of the financial autonomy for the judicial arm of government.

Buhari had last week asked the Senate to confirm the appointment of Abdullahi as acting chief judge of the FCT High Court.

The request was contained in a letter read on the floor during plenary by the Senate President, Ahmad Lawan, on Tuesday.

Buhari said the request was made pursuant to Section 256 subsection 1 of the 1999 constitution as amended.

The seat became vacant upon the retirement of the erstwhile Chief Judge, Hon. Justice Ishaq Usman Bello who attained the mandatory retirement age of 65 years on January 5, 2021,

Abdullahi, being the most senior judge on the bench of the High Court of the FCT, was appointed as the acting chief judge of the court on January 6, 2021, before his eventual nomination by Buhari.

Speaking with journalists after the screening, the nominee pledged to computerise and ensure automation of the FCT high courts if his appointment was confirmed.