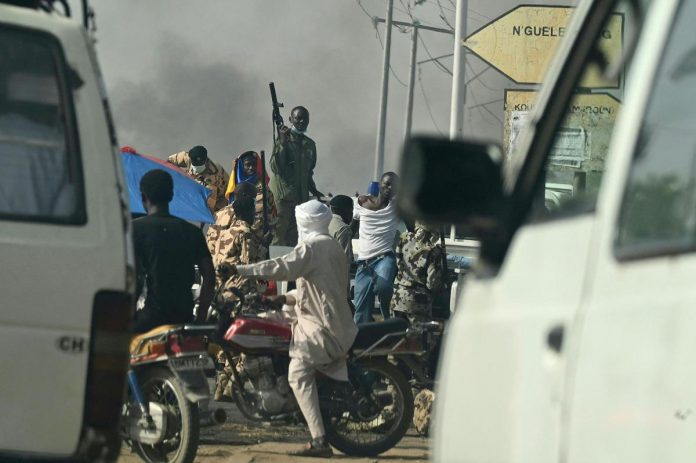 At least five people have reportedly died on Tuesday during banned protests against Chad’s new military junta led by the son of the late Idriss Deby, the former President of Chad.

Deby’s 37-year-old son Mahamat, who heads the so-called Transitional Military Council, pledged an “inclusive national dialogue” after violent protests in the capital, N’Djamena, and the south of Chad, a country seen as crucial in the fight against jihadists in the Sahel region.

According to the Chadian Government, five people died in the protests, however, a local non-profit organisation reported nine fatalities.

Police were deployed in N’Djamena to break up the demonstration organised by the opposition and civil society groups.

According to AFP, the police made use of teargas to disperse small groups of demonstrators.

A woman was said to have been killed when the anti-junta protesters attacked a bus in N’Djamena’s Dembe district.

Separately, a 21-year-old man was killed by police after he threw a rock at a police car.

The tragedy happened in the southern city of Mondou.

According to an official, Ahmat Malloum, the police fired live ammunition at the student, who died instantly from the bullet wounds.