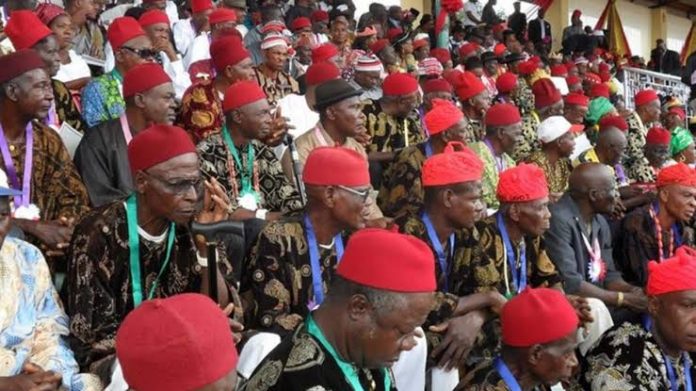 Igbo people in the Diaspora have condemned the poor state of security in Igboland and criticised the South-East governors for their lacklustre response.

In a statement by Coordinator of Igbo Union in the United States, Ike Orji, Secretary-General, Mr Matthew Ohanele, and others, the group chided South-East Governor’s Forum for their failure to heed their early calls for protection.

According to the statement, the union had written letters to the governors in June and August 2020 on the need for a secure network to protect the South-East geo-political zone against criminal herdsmen.

The statement read, “To date, the governors neither responded to the letter nor did anything to guarantee the security and safety of Igbo lives and property.

“While the Federal Government of Nigeria paid ransom and busy negotiating with terrorists, Igbo men and women who lost their lives, crops, property, were raped and sexually assaulted were left to cater for themselves. Such a lame and naive approach only embolden the murderers and killers.”

The union condemned the actions of the Nigerian Army in the South-East and reiterated its support for the establishment of the Eastern Security Network.

The group also called on the Federal Government to show commitment to the equality of all tribes, saying that if South-West states could establish Amotekun security outfit, then the ESN should also be allowed to protect the affairs of Ndigbo.