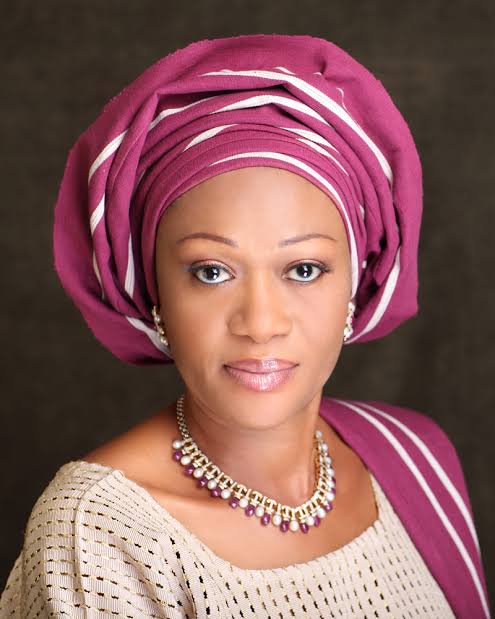 Nigerians have continued to knock Senator Remi Tinubu, wife of a former Lagos governor, Bola Tinubu, for confronting her colleague, Smart Adeyemi, over his comments on growing insecurity in the country.

Many social media users, especially Twitter accused Mrs Tinubu of trying to cover the current failures of the ruling party and further her husband’s ambition at the expense of national security.

On Tuesday, Senator Adeyemi from Kogi West had lamented the country’s predicament, saying that Nigeria was facing the worst instability since the civil war.

However, Tinubu interrupted him and asked, “Are you in the PDP (Peoples Democratic Party)? Are you a wolf in sheep’s clothing?”

Adeyemi, however, ignored her comments and continued raising pertinent questions about the current administration’s commitment to the cause of saving the nation.

The Lagos State representative has now come under intense criticism from Nigerians over her comments.

One Twitter user, @DrrOlufunmilayo said, “Remi Tinubu silenced a senator lamenting killings and insecurity in Nigeria. She accused him of being opposition because in her folly, speaking against insecurity is attacking the government. Tomorrow she may be first lady and some of you will call her mother of the nation.”

@YarKafanchan said, “Nigerians are dying but Remi Tinubu is preparing to be first lady, so our safety as Nigerians can wait. Terribly selfish person.”

@novieverest said, “Remi Tinubu wants everyone to be blind to APC’s insecurity so her husband Bola Tinubu can have a chance for 2023. You want your husband to become president in the blood of the citizens he wants to govern. You are a wicked woman.”

@SodiqTade wrote, “Occurred to me that Smart Adeyemi is an ally of Yahaya Bello. Remi Tinubu had to snap at him publicly because he perceived him to be an opposition to her husband’s ambition. More ridiculous that both Yahaya Bello and Tinubu won’t get the ticket.”

@firstladyship said, “Governor Ortom and Benue people are in dire straits. Smart Adeyemi became possessed by Dino Melaye’s spirit, but he has made peace with posterity. Remi Tinubu who is eyeing the Office of First Lady, is not representing Lagos Central nor Yorubas. She represents herself and husband.”