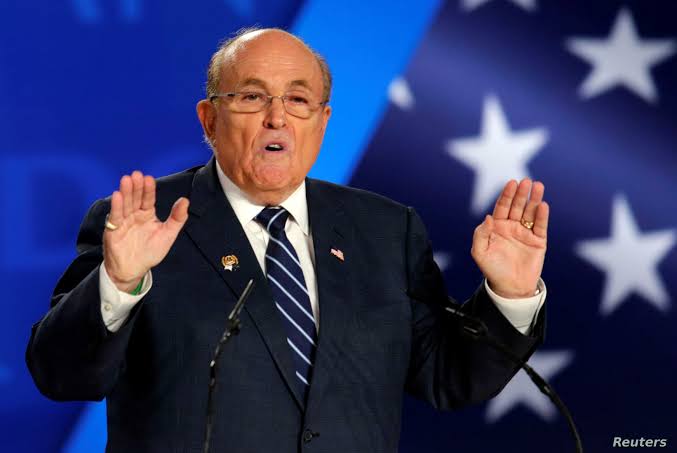 The raid was ordered as part of a probe into Mr Giuliani’s dealings with Ukraine, officials say.

BBC reports that Federal prosecutors have been investigating Mr Giuliani’s role in attempting to sway Ukrainian officials to dig up political dirt on Joe Biden.

The search warrant was executed on Wednesday at the former mayor’s Upper East Side Madison Avenue apartment building, as well as his Park Avenue office.

According to the New York Times, officials assisting in the criminal probe seized several electronic devices belonging to 76-year-old, who is also a former mayor of New York City.

The newspaper reports that federal officials are investigating whether Mr Giuliani illegally lobbied the Trump administration on behalf of Ukraine.

Giuliani has previously denounced the investigation as “pure political persecution”.

Giuliani played a central role in the effort to pressure Ukraine to investigate Mr Biden and his son Hunter, who served on the board of a Ukrainian energy firm. He also was instrumental in the ousting of the former US ambassador to Ukraine, witnesses at Mr Trump’s impeachment trial testified.

The Bidens have denied wrongdoing. Hunter Biden is facing an unrelated criminal tax probe from the US Justice Department.

Wednesday’s search warrant does not imply criminality on the part of Mr Giuliani, but it signals a ramping up of the case into the former mayor.

Investigators have released few details so far about the case and it remains unknown whether the Republican will eventually face any charges.

The search warrant was signed by a federal judge. Warrants against lawyers such as Mr Giuliani require sign off from senior Justice Department officials, the Associated Press reports.

Mr Giuliani began representing the former president in April 2018 when Mr Trump was being investigated for his involvement with Russian interference in the 2016 presidential election.

After Mr Trump’s election loss in November, Mr Giuliani toured the country speaking to Republican state legislators in an effort to get state lawmakers to overturn the result in favour of Mr Trump.