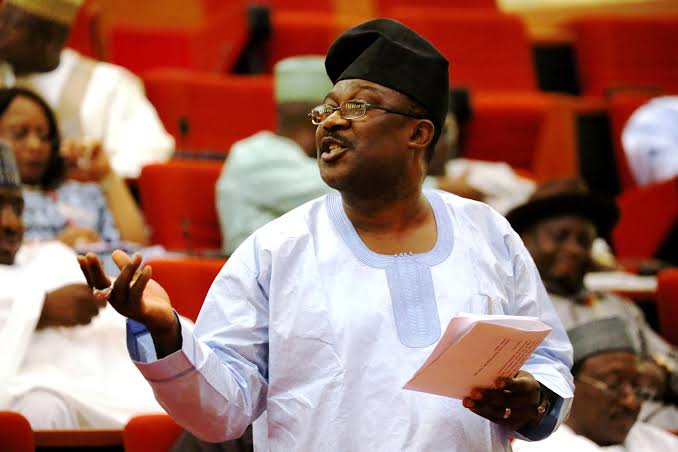 All Progressives Congress federal lawmaker for Kogi West Senatorial District, Smart Adeyemi, has said that the National Assembly should not continue sitting if it cannot help the country’s current state of affairs.

The senator said this when addressing the National Assembly on Tuesday.

Adeyemi decried the fast-deteriorating security situation in the country, saying that President Muhammadu Buhari must “rise to the occasion”.

“It has gotten to a point that we can no longer sleep with our two eyes closed. We are not free, our children are not free. The President must rise to the occasion,” he said.

The senator called on the Federal Government to solicit support from foreign powers, saying that the country should swallow its pride and seek help.

“There is no nation that doesn’t need the support of other nations. Our security system has collapsed. It has failed.

“We need to look for foreign support, forget the ego. If we are to survive this period, then I’m not in doubt that the security architecture we have today cannot cope with what we are facing,” he said.

Adeyemi uttered his grievances, condemning the kidnappings of commuters and travelers, which has become a norm in recent years.

“Nobody is safe. Nobody can travel 50km in our nation. The President must know that this is a bad time for the nation.

“We must look for foreign support to save this nation. This is my position on Mr. President. They are killing people in the East, West, South, North.

“We should shut down the national assembly if we cannot save this country. Our country is bleeding. People are in poverty.

“We cannot pretend. It’s better if we are not here than for us to sit down here and people are dying. We must rise to the occasion,” he said.