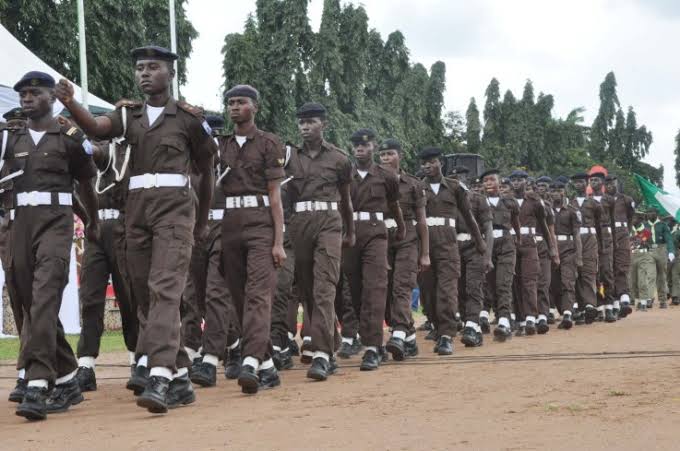 Oyo State Governor, ‘Seyi Makinde, said on Thursday that his administration planned  to engage officers of the Man O’ War Nigeria to assist in providing security and surveillance for primary and secondary schools in the state.

The governor, who made this known when he received the national executives of the Man O’ War Nigeria on a courtesy visit to his office, explained that the recent trend of the kidnapping of students, among other security challenges, had become worrisome.

A statement by the Chief Press Secretary to the governor, Mr. Taiwo Adisa, quoted the governor as urging the organisation to double its efforts at the grassroots in order to be able to contribute its quota to stemming the tide of insecurity in the country.

The governor said, “Man O’ War, as an organisation, I know is trying its best. I can testify to the role Man O’ War played during the elections that I participated in as governorship candidate in 2015 and 2019. So, I will renew my commitment in Man O’ War.

“Yes, the nation is faced with insecurity challenges right now all over the place. We have insurgency in the North-East, banditry in the North-West. We have herders/farmers clash in the North-Central zone of the country. And we thought those were far, remote, but now, they are at our door step. “Here also in Oyo State, we have been dealing with kidnapping, farmers/herders clashes and people have suddenly become temperamental.
“Before now, if you were walking on the street, you would see some issues arise and people would settle them amicably. But now, they will almost kill one another. So, this is a period that Man O’ War will need to double its efforts and look at programmes at the grassroots level where we can project more on the issue of citizenship and leadership for our country.
“In schools, we have discussed with the Honourable Commissioner for Education before now on the issue of security. Some of the schools are not properly fenced; hoodlums hibernate in schools.

“I know they have put together a proposal on fencing and having demarcations for all of the schools but this idea of deployment of Man O’ War for security and surveillance is a welcome idea. We will look at the proposal and we should be engaging either the national or state Command Team to ensure that this can see the light of day and I think it is something that we will do.”
The governor assured the Man O’ War that he  wiould resume his sponsorship of the organisation in his personal capacity.

He said, “I will resume the sponsorship and I am doing this in my personal capacity such that when I am no longer the governor, I will continue to do it.”
The governor also used the occasion to donate two utility vehicles to the Oyo State Command and one to the National Command of the organisation, saying: “Today, Oyo State will donate two utility vehicles to the Man O’ War, Oyo State Command and one to the National Command. “Also, on the request for allocation of the former abandoned FRSC office, I don’t know the state of the facility but we have to talk to the Commissioner for Lands, Housing and Urban Development. Let me also assure you that Oyo State will look for a suitable place that we can allocate to Oyo State Man O’ War.
“And in terms of the sponsorship of Man O’ War National Camp in August, we will support you both from the government side and privately. I will always be proud of the uniform of the Man O’ War. So, I want to use this opportunity to appreciate you for your support and professionalism. During the 2019 election, you played a stabilising role. You were out there to complement the efforts of other security agencies.”

The governor further explained that the paramilitary organisation had evolved over the years to provide link between citizenship engagement and leadership, adding that with the increasing concern over insecurity, the organisation had to do more in complementing other security agencies.
Makinde also promised to grant some request made by the paramilitary outfit to improve the functionality of members in the state and the nation, while pledging a renewed commitment to the organisation as a former member and a patron.
Earlier, the deputy national commandant of Man O’ War, Gbenga Adedamola, called for the re-awakening of the culture of joining voluntary organisations like the Man O’ War among Nigerian youths to build the spirit of patriotism.

While making a request for assistance from the governor to make the organisation function better, the deputy national commandant stressed that the passion and commitment of the governor for youth development remained commendable.