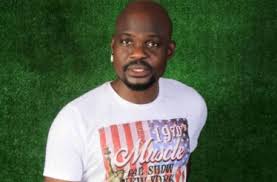 About 1,200 Nigerians have signed a petition making the round on social media to stop the release of Yoruba actor, Olarewaju Omiyinka widely known as Baba Ijesha, who has been accused of sexually molesting a minor.

For now, the target is for the signatures to reach 1,500.

The actor was arrested last week after he was reported by the teenager’s foster mother ― a comedienne, Princess ― that he molested the girl when she was seven years old.

Spokesperson for the police in Lagos, Muyiwa Adejobi, said there was substantial evidence against the actor as he was caught in the act on Closed Circuit Television.

He said, “Based on preliminary findings, the suspect started sexually assaulting the victim since she was seven years old. The suspect confessed to the crime and was also captured by a CCTV camera in the house of the complainant.”

READ ALSO: We will impeach you if you fail us now, PDP lawmaker tells Buhari

However, in a twist of events, a police source on Thursday disclosed that Baba Ijesha may be released on Friday as the strike embarked upon by judiciary workers had prevented his case from being taken to court.

The source also said an investigation into the allegation revealed that the accused did not defile the victim, adding that when she was questioned, the girl confirmed the same.

A petition drafted by Aunt Landa’s Bethel Foundation on behalf of the teenager’s foster mother, Princess, has urged 1,500 Nigerians to sign against the release of Baba Ijesha.

Dr Yolanda George-David, who signed the petition, said it was embarrassing to know the Nigeria Police Force was trying to grant the actor bail.

“I want to remind the Nigeria Police Force that Section 218 of the Criminal Code Act provides that any person who has unlawful carnal knowledge of a girl under the age of thirteen is guilty of a felony and is liable to imprisonment for life with or without caning. This law should be excise and thorough investigation is required with evidence already been submitted by the child guidance.”