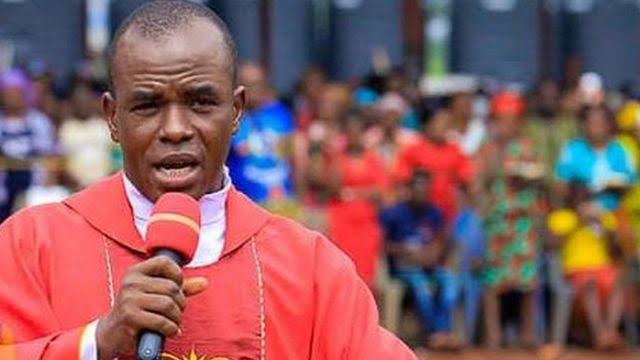 Mbaka, once a proponent of President Muhammadu Buhari’s administration, had called on the National Assembly to impeach the President if he failed to resign over increased insecurity in the country.

However, reacting to Mbaka’s statement, Nabena accused the cleric of threatening the democracy of the country for his gain.

He said, “One would wonder who Father Mbaka is emulating because the Lord Jesus Christ did not threaten to bring down the government during his own time, in fact, Jesus Christ obeyed and honoured constituted authority. That’s why he paid his tax.

READ ALSO: Revenue projection in letter to AGF not reflection of our  financial standing– NNPC

“We are calling on Father Mbaka to concentrate on his spiritual calling and stop speaking like politicians who it is obvious he (Mbaka) has been dining and wining with. If Mbaka has found another political ally, it is better to leave a political message for politicians.

“Calling on President Muhammadu Buhari to either resign or be impeached because of the current challenges is ungodly. Father Mbaka should not, however, take his luck too far because there is a lot to tell the Vatican and the Pope about his person and his sources of inspiration.”