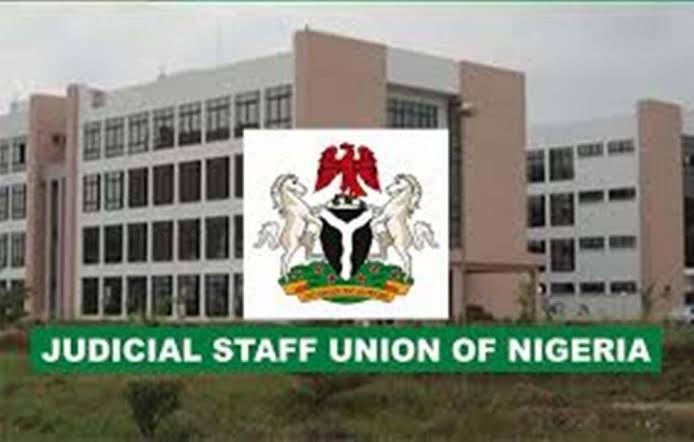 The national leadership of the Judiciary Staff Union of Nigeria has denounced the resumption notice by the Lagos State Judiciary from the union’s ongoing nationwide strike.

According to JUSUN National Secretary, Isaiah Adesola, the Lagos chapter’s move may only see the struggle for financial autonomy come to nought.

JUSUN began a nationwide strike on April 6, calling for the implementation of financial autonomy for the judiciary.

However, on April 27, JUSUN Lagos State chapter issued a corresponding notice directing all staff members to resume their various duty posts on April 29.

The JUSUN National Secretary called this move a “sabotage”.

According to him, the chapter’s actions could lead to a domino effect that causes other states to follow suit.

“The NEC called out the workers on strike, and it is the NEC that will announce to all the workers or Nigerians that the dispute has been settled and then people can resume work.

READ ALSO: Pastor, wife, others rescued from kidnappers by police in Kaduna

“So, what they are doing in Lagos is self-made. However, we have mandated the chapters in the South-West or the five other states to move down to Lagos and close down the gates of the courts.

“What the Lagos chapter is doing is seen as a sabotage against the intentions of the union,” he said