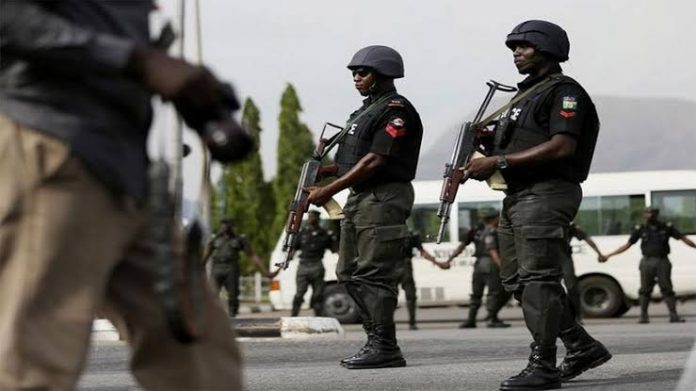 The Kaduna State Police Command in separate operations said it had rescued eight kidnapped victims, including a pastor, his wife, four children, and two other travellers in the state.

While the cleric and members of his family were abducted by bandits in their home at Kudenda, Chikun Local Government Area of the state, the two travellers were rescued around Buruku along the Birnin Gwari Highway in the same LG.

Also, Jalige in a statement on Friday, identified the other rescued victims who were travellers as Yusuf Sirajo of Jega Town, Kebbi State, and Kabiru Yahaya, a staff of Birnin Gwari LGA.

According to the police spokesperson, the pastor, wife, and four children were being moved to the forest when operatives of the command rescued them following a distress call.

He said, “On the 27th April, 2021 at 0200hrs the command received a report from DPO Kakuri that some suspected bandits in large number gained access into the residence of one Pastor Ozigi Hassan of Mercy Place Ministry Church, Kudenden and abducted him, his wife and their four (4) children and were heading the forest.

“However, on getting the wind of the incident, operatives were immediately drafted to the area, who gave the bandits a hot chase deep into the forest, engaged them in a gun duel which forced the bandits to take to their heels with bullet wounds.

“Meanwhile the pastor and his four (4) children were successfully rescued safely but unfortunately the bandits whisked away the wife one Mrs Fulaki Ozigi into the forest.

“On the 27th April, 2021 at about 1520hrs the Command received a report from DPO Buruku that some Gunmen had attacked a commuting vehicle along Kaduna-Birnin Gwari Highway, by Labi forest in their attempt to kidnap and dispossess the victims of their valuables.

“Operatives who tactically engaged the bandits forcing them to flee into the forest with bullet injuries while the following persons namely; (1) Yusuf Sirajo of Jega Town, Kebbi State (2) Kabiru Yahaya ‘M’ staff of Birnin Gwari LGA Secretariat were safely rescued and subsequently reunited with their families.”

He added operatives of the vommand recovered 137 cows rustled by bandits following a complaint to the Divisional Police Officer of the Afaka area.

“To that effect, efforts were not spared in ensuring that the cattle are recovered. The effort by the command’s operatives had today 29th April 2021 at about 0200hrs succeeded in the recovery of one hundred and thirty-seven (137) cows and subsequently handed over to their owners after thorough diligence,” he added.

The police chief also added that two of the bandits that raided the Low-cost Estate in Zaria have been arrested.