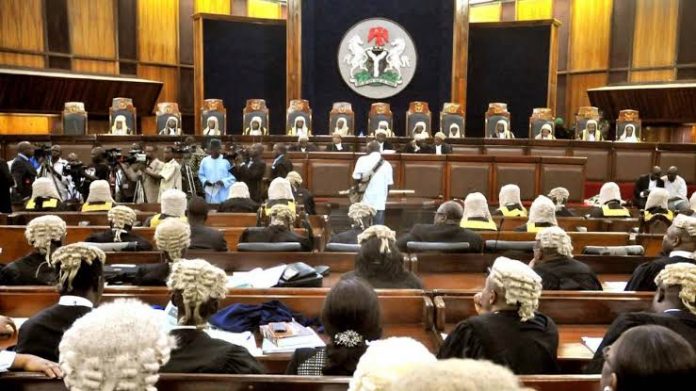 Two businessmen, John Olufemi and Abraham Omotosho, on Friday appeared before a Yaba Chief Magistrates’ Court in Lagos for allegedly defrauding a man of N16.5m.

The defendants, who both reside at Yaba area of Lagos, were charged with three counts of conspiracy, theft and obtaining by false pretences.

They, however, pleaded not guilty to the charge.

The prosecutor, ASP Rita Momah, told the court that the defendants committed the offence in 2013 in Lagos.

Momah said that they collected the money from the complainant, Mr Olumide Onaneye, with a promise to invest in an olive oil company but failed to do so.

She said the defendants had been on the run before they were apprehended by the police.

The Chief Magistrate, Mrs Adeola Adedayo, granted the defendants bail in the sum of N500,000 each with two sureties in like sum.

Adedayo ordered that one of the sureties must own a landed property and both sureties should reside within the court’s jurisdiction.

she added that the sureties should be gainfully employed with evidence of three years tax payment to the Lagos State Government.

Adedayo adjourned the case until May 31 for mention.