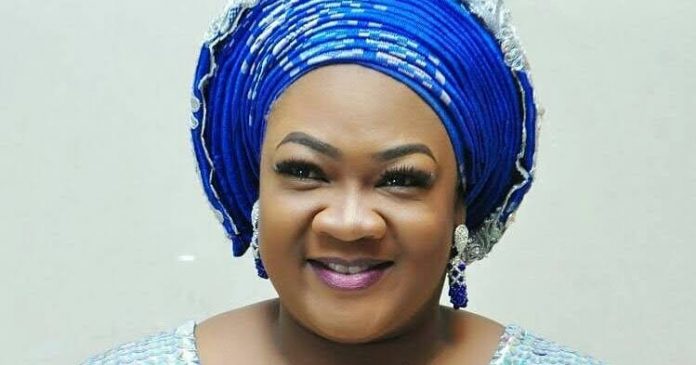 By Henry Okonkwo
Comedienne Princess Damilola Adekoya popularly known as Princess has distanced herself from the viral CCTV footage showing Baba Ijesha molesting her foster daughter.
The four minutes video, which came in two parts, captured the moment Baba Ijesha was molesting the minor.
The footage generated anger among concerned Nigerians, as they condemned some media platforms and Princess for releasing the video of a minor to the public.
Princess in a statement issued via her lawyer and posted on her Instagram page, denied ever authorising PUNCH to release the footage and absolved herself of any backlash that could result from the footage.
The statement read, “We are solicitors to Princess Damilola Adekoya hereinafter referred to as our client and on whose behalf we issue this notice to the general public.
“Our client disclaims any liability or responsibility whatsoever that arises from the publication of the video on the internet or any  other social media platform showing Mr Olarenwaju James Omiyinka a.k.a (Baba Ijesha) molesting our client’s foster daughter.
“Our client did not authorise the release of the CCTV footage by PUNCH or any other person whatsoever.
“Our client expressly disclaim any liability whatsoever for any loss however, arising from the content of the CCTV footage released to the general public through PUNCH.”