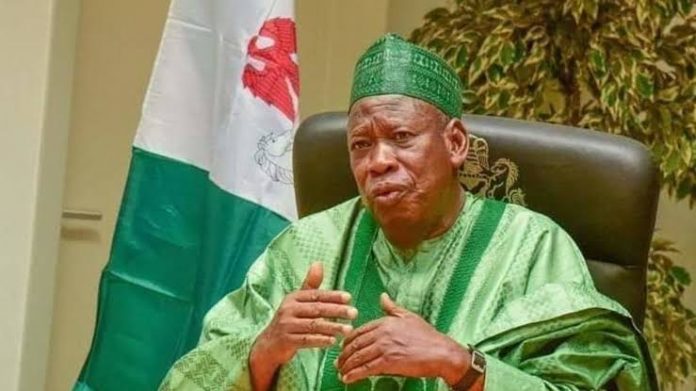 Governor of Kano State, Abdullahi Ganduje, has increased the retirement age of teachers and lecturers working with the state-owned schools to 65 years.

Ganduje announced this at the award night marking the 2021 May Day organised by the Kano State Chapter of the Nigerian Labour Congress on Saturday.

He said, “The Federal Government has since approved this for teachers and lecturers working in its institutions. Hence, teachers in Kano State are also not left behind.

“Therefore, our teachers and lecturers from now on will start to enjoy such retirement age from 60-65, and years of service from 35-40 as the federal workers are enjoying.”

The governor also announced the creation of health benefits projects in the state for government school teachers and lecturers.

“We have introduced a contributory health scheme for workers in the state and their families to have the cheapest health services,” he said.

The governor also announced that the state government had introduced a health trust fund where five per cent of the state’s Internally Generated Revenue and one per cent from the earnings of local governments would be contributed.