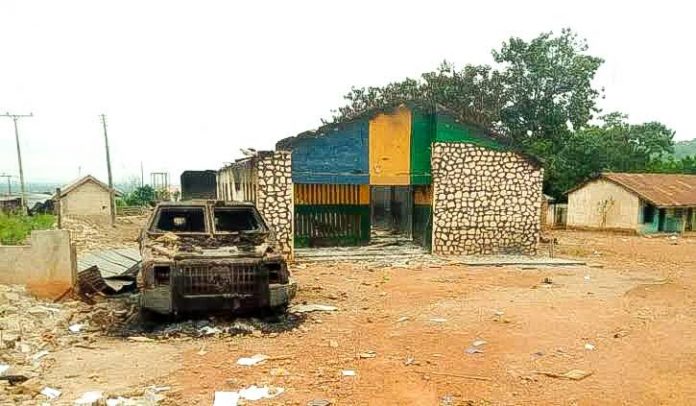 A policeman on duty during the attack was reportedly injured and has been hospitalised while another police personnel remains missing.

Residents in the area said the gunmen attacked the station around 8:00pm.

A technical assistant to David Umahi, governor of Ebonyi, confirmed the attack to journalists, saying the injured officer had been taken to a hospital in Abakaliki, Ebonyi’s capital, for treatment.

He said, “The gunmen attacked the Abaomege Police Station Saturday evening. No report of casualty for now.

“But one policeman is said to be missing while another officer sustained serious injury. But he has been rushed to hospital in Abakaliki for treatment.”

In January, three police officers were killed when gunmen attacked Onueke Police Station in Ezza South LGA; in February, another police station was burnt and the police divisional headquarters in Isu Onicha attacked by gunmen.

Last week, gunmen launched two separate attacks that led to the killing of two soldiers and a civilian at a military checkpoint; and the killing of a policeman at Onueke, at Amasiri in Afikpo and Onueke in Ezza South LGA of the state, respectively.