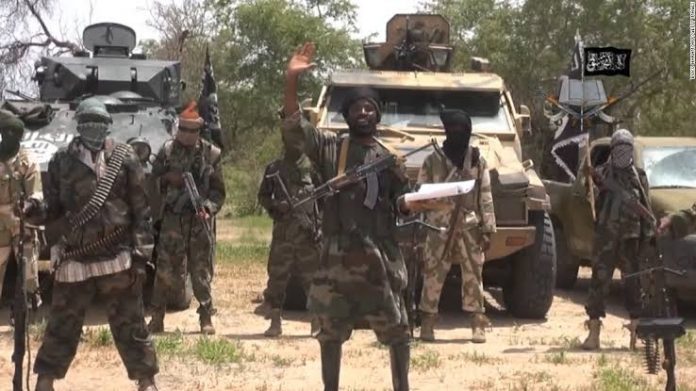 At least one person was killed and five others wounded when some suspected Boko Haram insurgents attempted to infiltrate Rann, headquarter of Kala-Balge Local Government Area of Borno State, security source, according to Daily Trust.

The incident happened when the outlawed group stormed Rann at about 6:15pm on Saturday, shooting sporadically but met swift resistance from Nigerian troops.

A security source confirmed that the military employed their artillery in the counterattack resulting to destruction of gun truck belonging to the insurgents.

“One civilian (a lady) later died from stray bullet that hit her lap. During the attack, five persons were wounded by stray bullets and they are currently undergoing treatment at the military facility.

“The military did not allow the insurgents into the town but started hitting them at the gate. It was outstanding operation for the troops in Rann,” the source said.