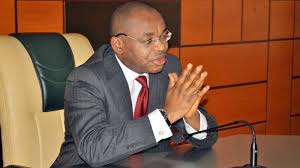 Akwa Ibom State governor, Udom Emmanuel, has promised that his administration will ensure that the killer of Miss Iniubong Umoren does not go unpunished.

He made the promise on Monday when he led some members of the State Executive Council on a condolence visit to the family of the deceased.

Umoren, a job seeker, was raped and murdered by a young man, who had promised her employment.

A suspect identified as Uduak Frank Akpan has since been arrested by the police in connection with the killing.

Governor Emmanuel, who was represented by the Secretary to the State Government, Dr Emmanuel Ekuwem, lamented that the whole state was saddened by the murder of the young lady.

He condemned the killing of Umoren which he said was at variance with the state government’s efforts at encouraging youths to be engaged in profitable ventures.

The governor, however, expressed confidence in the ability and commitment of the police to ensure that justice was served.

Speaking on behalf of Umoren’s family, her brother and sister, Ukeme and Ifiok, thanked the governor for the visit and appealed to him to ensure that justice was allowed to take its course.