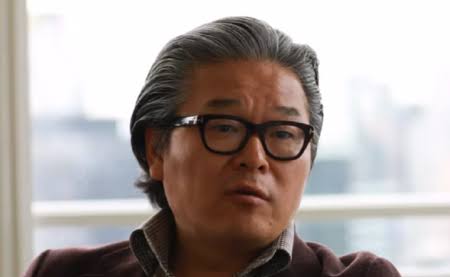 Before he lost it all – all $20bn – Bill Hwang was the greatest trader you’d never heard of.

Starting in 2013, he parlayed more than $200m left over from his shuttered hedge fund into a mind-boggling fortune by betting on stocks.

Had he folded his hand in early March and cashed in, Bill Hwang, 57, would have stood out among the world’s billionaires.

There are richer men and women, of course, but their money is mostly tied up in businesses, real estate, complex investments, sports teams, and artwork.

Hwang’s $20bn net worth was almost as liquid as a government stimulus check.

And then, in two short days, it was gone.

The sudden implosion of Hwang’s Archegos Capital Management in late March is one of the most spectacular failures in modern financial history: No individual has lost so much money so quickly.

At its peak, Hwang’s wealth briefly eclipsed $30bn – it’s also a peculiar one.

Unlike the Wall Street stars and Nobel laureates, who ran Long-Term Capital Management, which famously blew up in 1998, Hwang was largely unknown outside a small circle: fellow churchgoers and former hedge fund colleagues, as well as a handful of bankers.

He became the biggest of whales—financial slang for someone with a dominant presence in the market—without ever breaking the surface.

By design or by accident, Archegos never showed up in the regulatory filings that disclose major shareholders of public stocks.

Hwang used swaps, a type of derivative that gives an investor exposure to the gains or losses in an underlying asset without owning it directly.

This concealed both his identity and the size of his positions – even the firms that financed his investments couldn’t see the big picture.

That’s why on Friday, March 26, when investors around the world learned that a company called Archegos had defaulted on loans used to build a staggering $100bn portfolio, the first question was, “Who on earth is Bill Hwang?” because he was using borrowed money and levering up his bets fivefold, Hwang’s collapse left a trail of destruction.

Credit Suisse Group AG, one of Hwang’s lenders, lost $4.7bn; several top executives, including the head of investment banking, have been forced out.

Nomura Holdings Inc. faces a loss of about $2bn.

Hwang is anything but the larger-than-life figure one might expect at the centre of a financial fiasco.

“I grew up in a pastor’s family. We were poor,” he said in a video recorded at New Jersey’s Metro Community Church in 2019.

“I confess to you, I could not live very poorly. But I live a few notches below where I could live.”

His is the paradoxical story of a man devoted to his church and driven to give generously with a consuming taste for casinolike risk in his professional life.

For now, Hwang isn’t saying why he played such a dangerous game, and neither are his bankers.

But pieces of the puzzle are falling into place.

Modest on the outside, Hwang had all the swagger he needed inside the Wall Street prime-brokerage departments that finance big investors.

He was a “Tiger cub,” an alumnus of Tiger Management, the hedge fund powerhouse that Julian Robertson founded.

In the 2000s, Hwang ran his own fund, Tiger Asia Management, which peaked at about $10bn in assets.

Tesla discloses lobbying effort to set up factory in Canada

My govt has given ₦100bn loans to indigenous manufacturers – Buhari