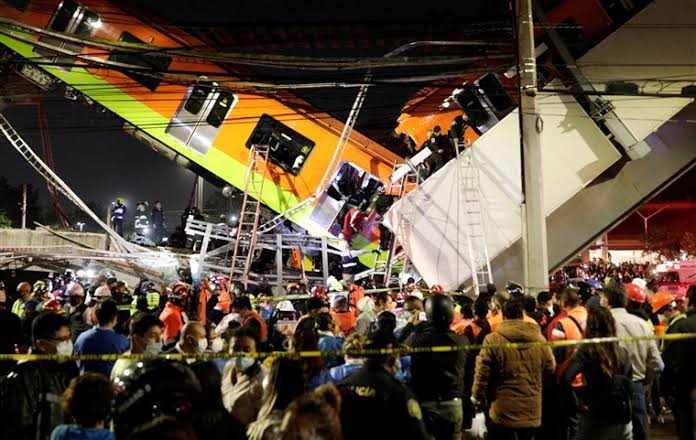 At least 23 people have been killed with 65 others hospitalised after a railway overpass and train collapsed onto a busy road in Mexico City on Monday night, crushing cars under the fallen carriages.

Initial rescue efforts were stopped as there remained a lingering threat that more train parts could fall onto the road and cause more damage.

Video footage of the scene obtained from Milenio TV showed the structure falling upon a string of cars near the Olivos Station at around 10:30pm local time.

The army was also in attendance.

An investigation into the cause of the accident was still underway, however, it appears that the mainstay of the overpass gave way, causing the train to fall.

Authorities and rescue teams are still working to identify the dead, which included children.

One person trapped in their car underneath the wreckage was rescued alive and taken to hospital.
Seven more people are reportedly in grave condition and currently undergoing surgery, according to Mexico City Mayor, Claudia Sheinbaum.