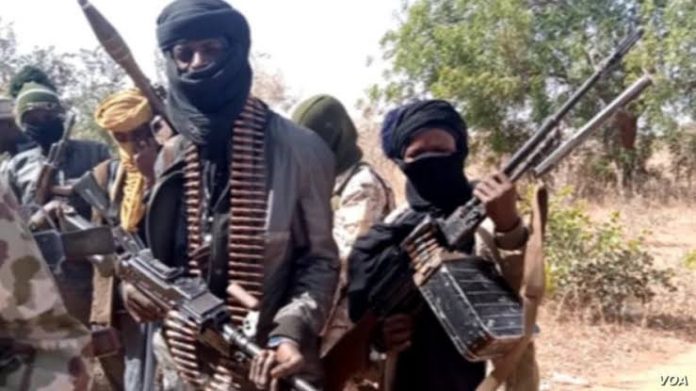 Over 400 suspects arrested for funding Boko Haram insurgents and bandits will be arraigned in court soon, the Federal Government has said.

The suspects were arrested in an operation coordinated by the Defence Intelligence Agency, Department of State Services, Nigerian Financial Intelligence Unit, and Central Bank of Nigeria.

They were arrested in Kano, Borno, Abuja, Lagos, Sokoto, Adamawa, Kaduna and Zamfara.

The operation was said to have been approved by President Muhammadu Buhari in 2020.

A list of 957 suspects comprising Bureau de Change operators, gold miners and sellers, and other business persons is still being acted upon.

Umar Gwandu, spokesperson for Abubakar Malami, Attorney-General of the Federation (AGF), on Monday said criminal charges bordering on terrorism were already being prepared against the suspects while investigation continues.

Although the spokesperson declined to give further details, he said the prosecution of the suspects “will commence as quickly as possible”.

But all courts across the country have been shut since April 6 owing to the nationwide strike by the Judiciary Staff Union of Nigeria over financial autonomy for the judiciary.