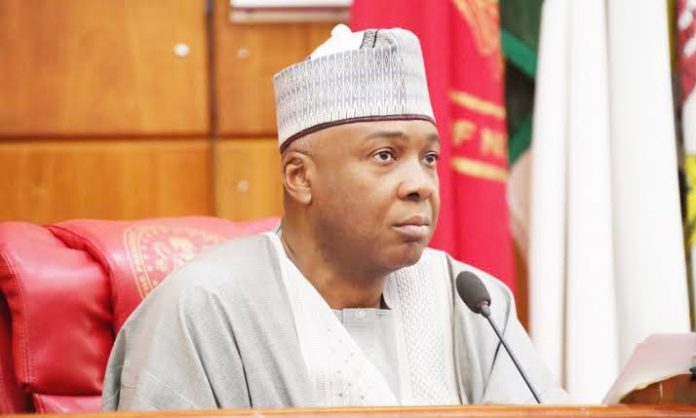 Posters or a former Senate President, Bukola Saraki, have surfaced in many parts of Ilorin, Kwara State, ahead of the 2023 general election.

The posters suggest that Saraki, a former governor of the state, is gunning for the office of the President in 2023.

The posters also reportedly bear the logo of the Peoples Democratic Party.
However, it is not yet known whether the posters are being placed by Saraki’s camp or his supporters.
-Advertisement-

Neither Saraki nor his media aide, Yusuf Olaniyonu, are yet to comment on the development.