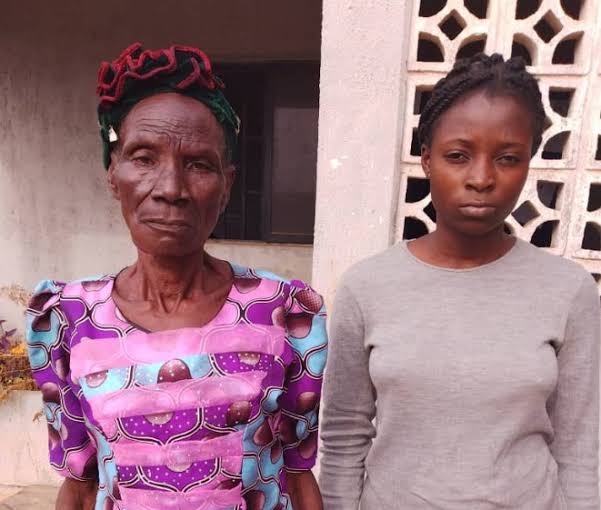 The National Drug Law Enforcement Agency has arrested an 80-year-old woman and her granddaughter, 19, for being in possession of cocaine and heroin in Akure, Ondo State.

This information was disclosed by the NDLEA Director, Media, and Advocacy, Mr Femi Babafemi, in a statement.

The old woman identified as Mrs Mary Adebayo and her granddaughter, Funmilola Adebayo, were apprehended with 192 kg of cocaine and other drugs in their home in Akure.

According to Babafemi, two other ladies were also arrested alongside the woman and her daughter for trading illicit drugs including cocaine, heroin, tramadol, skuchies, methamphetamine, and swinol.

The statement noted that the arrest came after the NDLEA operatives in Ondo state raided their locations on the 2nd of May 2021.

“Also recovered from them were two deep freezers and a TVS motorcycle.

“On the same date, at about 1:30 pm, a raid carried out at Rate Hotel, Care Street, in Akure South LGA, also led to the arrest of 25-year-old Tessy Mathew, from whom 33 kgs of skuchies were recovered,’’ he said.

The follow-up operation led to the arrest of another 25-year-old, Blessing Adesida, in Oshinle area of the local government area.

The NDLEA recovered 3kg of skuchies and 7gms of cannabis from Adesida during the raid.

In the same development, Babafemi said operatives of the Adamawa Command of the NDLEA had also arrested 58-year-old victor Chinedu Anwanya, and 47-year-old Femi Abiodun.

Both suspects were found with 80 blocks of compressed cannabis Sativa, weighing 76kgs.

These substances were concealed in three white sacks and tucked in the booth of a Toyota Avalon car.

The state Commander of the NDLEA, Idris Bello, added that the arrest of the suspects took place about 6:30pm on Monday, 3rd May 2021, in Mayo Belwa town, Mayo Belwa LGA, Adamawa State.

“They took off from Auchi, in Edo State. Also recovered from them was a fake Police Warrant Card bearing the name of Chinedu Anwanya with the rank of a DSP,” he said.