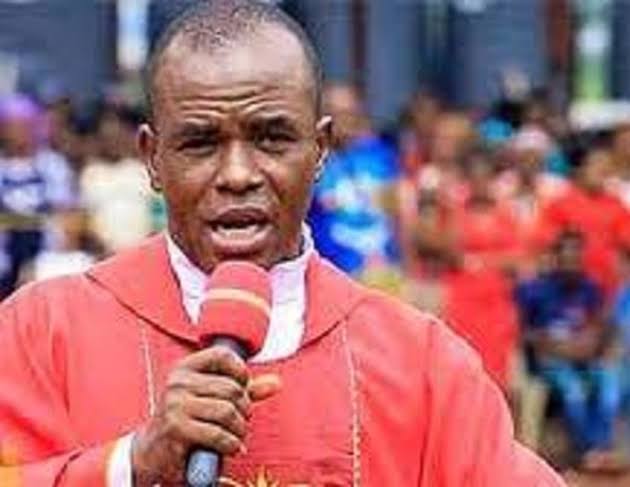 President-General of the group, Okwu Nnabuike, raised the alarm that they had not been able to contact the priest for almost 24 hours.

“We have it on good authority that his aides have neither seen nor heard from him since Tuesday.

“Calls put to his mobile line have also remained unanswered; this has now prompted us to issue this alarm as we would not take it lightly should anything untoward happens to him,” he said.

The group’s leader alluded that the presidency was responsible for Father Mbaka’s disappearance, calling on the Federal Government to produce the priest or be ready to face the consequences.

“We are giving the Federal Government 48 hours to produce the priest. Else they should be ready to face Igbo youths. They were dining and wining with him all along, and now that he told the truth, they are no longer comfortable with him.

“Let nothing happen to Rev. Fr. Ejike Mbaka. It will not be in anybody’s interest,” he said.

Recall that Mbaka recently had an exchange of words with the presidency over the state of insecurity in the country, prompting the cleric to call for the resignation of President Muhammadu Buhari.

Reacting to his criticism of Buhari, the presidency claimed that Mbaka was bitter because his request for contracts was turned down by the President.

The cleric went ahead to reveal that he indeed took three foreigners seeking contracts to Buhari and that he did so to benefit Nigeria.