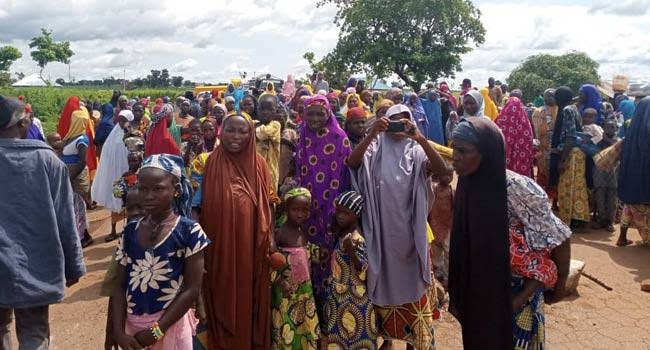 The Federal Government has distributed relief materials to internally displaced persons at Gwada camp in Niger following multiple attacks by bandits in the state.

NAN reported that FG distributed 600 bags of 25kg rice, 200 gallons of palm oil, among other items.

Hajiya Sadiya Farouq, Minister of Humanitarian Affairs, Disaster Management and Social Development, announced this on Thursday in Minna during a visit to Niger governor, Abubakar Sani-Bello.

Represented by Alhaji Suleiman Abubakar, Acting Director, Humanitarian Affairs Department, Farouq said the gesture was to alleviate the sufferings of the IDPs.

According to her, the attacks of the bandits are “cowardly acts which have displaced many families from their homes and disrupted lives and livelihoods”.

Governor Bello, who was represented by his deputy, Ahmed Ketso, said his administration would do everything possible to protect lives and give the displaced persons the comfort they deserved.