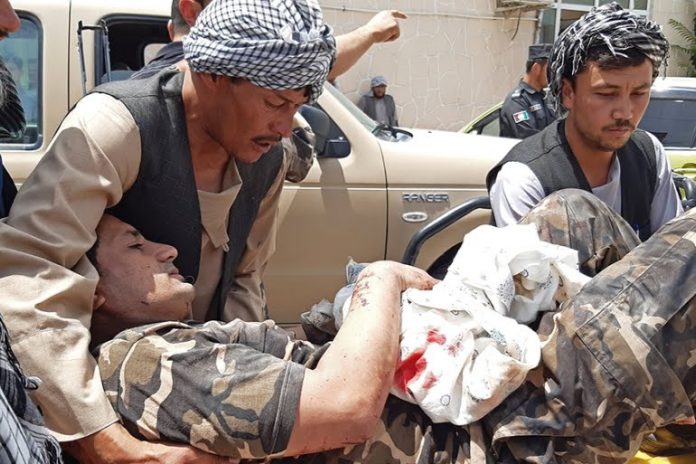 Taliban militants on Wednesday night killed 11 Afghan security forces members in the Eastern part of the country, authorities confirmed this on Thursday.

He said that four Taliban militants were also killed during the clashes.

Besides, four civilians were wounded and a sedan and a minibus were destroyed in a bomb attack in Kunduz city, capital of Northern Kunduz Province earlier on Thursday, a provincial source told Xinhua.

Violence lingers in war-torn Afghanistan as the United States and NATO troops have been pulling out of the country.

About 3,500 US forces and 7,000 NATO troops will be withdrawn before September 11, which is the 20th anniversary of the terrorist attacks that drew the United States into the war in Afghanistan.