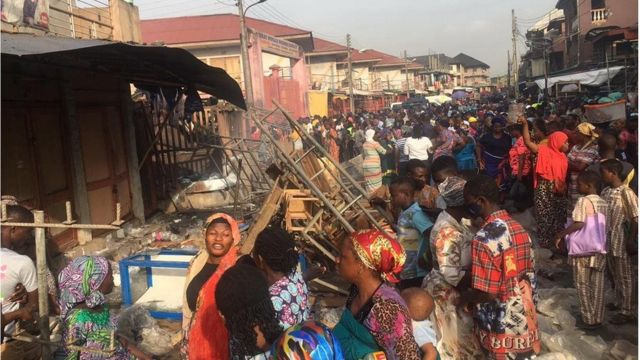 No fewer than 91 shops were affected in the inferno, which gutted the popular fabric market in Oshodi, Lagos on Thursday night.

The fire, which started around 8:00pm, was put off on Friday morning.

The fire was contained following the combined efforts of emergency officials, including the state Emergency Management Agency and Lagos Fire Service.

Aside the 91 shops lost to the inferno at Cairo Market, four administrative offices and goods worth millions of naira were destroyed.

LASEMA Director-General, Dr Olufemi Oke-Osanyintolu, in a preliminary report said, “Upon arrival at the scene of the incident, some lock-up shops were on fire.”

He also confirmed that some explosive devices were found at the market, saying an investigation was ongoing.