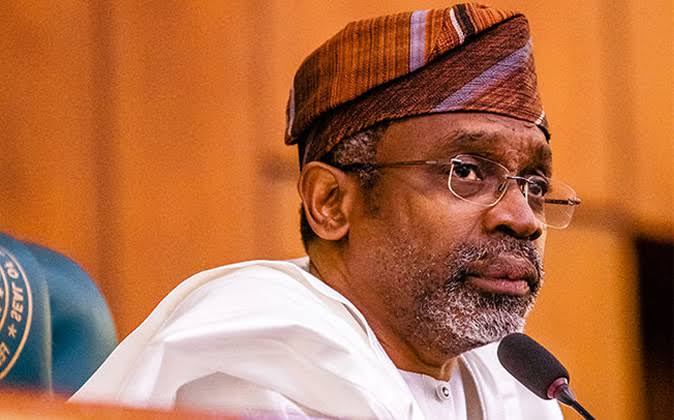 Speaker of the House of Representatives, Femi Gbajabiamila, has petitioned the Department of State Services over his impersonation by unknown persons, who use his official letterhead to seek favours.

An unsigned statement dated May 5, 2021, and titled ‘DSS Arrests Impersonator of Gbajabiamila…Suspects Forge Speaker’s Letterhead, Signature,’ indicated that some of the suspects had been arrested.

The statement read, “Operatives of the Department of State Services are investigating one Aminat Jimoh, Olalekan Oladehinbo Adenuga, and many others for impersonating the Speaker of the House of Representatives, Rep. Femi Gbajabiamila.

“The Lagos office of the secret police is said to have made the arrests while investigating the forging of the official letterhead and signature of the Speaker and using same to allegedly defraud unsuspecting individuals and organisations in the country.

‘Findings showed that in one particular act, Adenuga had introduced one lady, Aminat Oluwabukola Jimoh, to Messrs Caverton Helicopters at the Murtala Muhammed International Airport, Lagos.

“In the forged letter, Adenuga fraudulently acted as the Speaker of the House of Representatives, recommended Jimoh to Caverton for employment.

“The letter, which was received by Caverton Helicopters on April 20, 2021, was written on April 15 and addressed to the Managing Director of the airline. It carries Reference Number NASS/ FAG/REC/001.

“The letter reads partly, ‘I write to introduce and recommend Aminat Oluwabukola Jimoh who is seeking employment into your organisation. She is a self-motivated and creative individual and I am sure she would be of great benefit to your establishment if given the opportunity.

“Kindly give her application special consideration for employment. While I look forward to a favourable response from you, please accept the assurances of my esteemed regards.

“It was gathered that before luck ran out on Aminat Jimoh and her accomplice, Olalekan Adenuga, the Speaker’s Office in the National Assembly had received several complaints about unknown persons who wrote agencies and organisations, claiming to be the Speaker, his aide, and making all manner of requests from the unsuspecting bodies.

“Following the developments, the Speaker’s office, in an April 22 letter to the Department of State Security Services, had requested the secret police to cause an investigation to be conducted into the complaints.

“Operatives of the command were said to have acted on the request, which eventually led to the identification and arrest of Adenuga, one of the prime suspects, while the DSS are said to be on the trail of the other suspects.”

Special Adviser to the Speaker on Media and Publicity, Mr Lanre Lasisi, acknowledged that Gbajabiamila petitioned the DSS but was silent on the suspects.

Lasisi said, “I can confirm that the office wrote the DSS to investigate the case and we understand they are making progress on the matter. So, we await the outcome of their investigation for appropriate prosecution.”