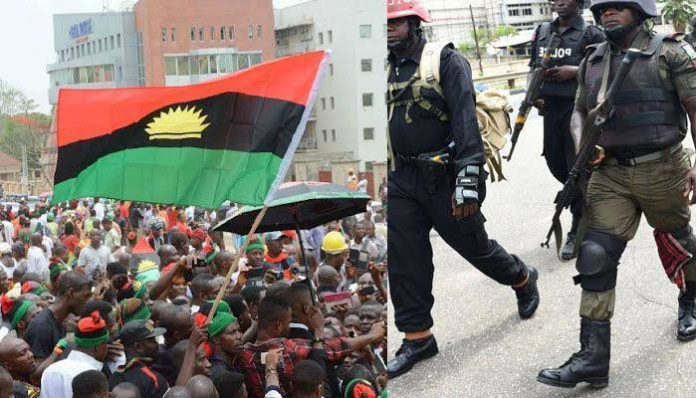 Several members of the proscribed Indigenous People of Biafra have been killed in a foiled attack by the secessionists on a police station in Orlu, Imo State.

According to Channels Television, the IPOB members were on their way to attack Orlu Police Station on Thursday when they were ambushed and killed by military and police operatives.

This report comes just two weeks after a joint operation comprising the Nigeria Police Force, the Nigerian Army, and Department of State Services killed Nnamdi Kanu’s right-hand man, Ikonso, and six other members of the group in an alleged ambush.