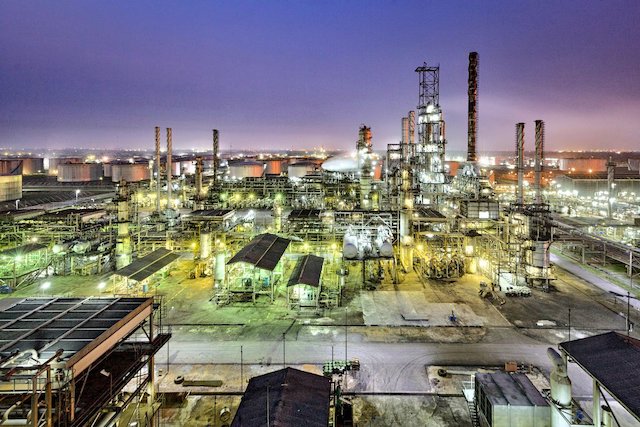 The  Nigerian  National  Petroleum  Corporation  (NNPC)  has  kicked  off construction work in the Port Harcourt Refinery rehabilitation project with a firm commitment not to fail Nigerians.

A statement by the Group General Manager, Group Public Affairs Division of the NNPC, Dr. Kennie Obateru, quoted the  NNPC Chief Operating Officer,Refineries   &   Petrochemicals,   Engr.  Mustapha   Yakubu,   as   saying  that everything was being done to ensure that the project was delivered hitch-free and on schedule.

Speaking at the Technical Kick-off Meeting for the project which was held at the Port Harcourt Refinery Complex, Alesa Eleme, Rivers State,  Yakubu said everything about the project had been carefully worked out to ensure that the target of at least 90% refining capacity is achieved when operational.

“It must be hitch-free and that is why we are engaging the host communities appropriately.  200 million Nigerians are looking up to us and we can’t afford to fail. We’ve been on this journey since 2019,” he said. The COO disclosed that the project would require 3,000 workers at the peak of activities, stressing that out of that number there would be only 70 expatriates while the balance would be sourced locally in line with the local content policy.

He expressed gratitude to the Federal Government for approving $1.5 billion for the project.
Speaking earlier via a message delivered on his behalf by the Chief Financial Officer of the Corporation, Mr. Umar Ajiya, the Group Managing Director of NNPC, Mallam Mele Kyari, assured Nigerians that the Port Harcourt RefineryCompany (PHRC) would roar back to life on or before April 5, 2023, when repairs would have been completed on the old refinery also known as Area 5. He said the target was to fix the old refinery first so that local refining could resume   as   soon   as   possible,  adding   that  the  NNPC   management   would   do everything  to support the contractor, Maire Technimont SPA, to ensure prompt delivery of the project.