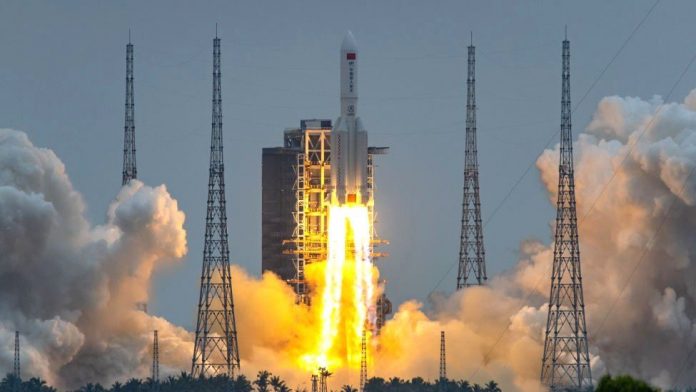 NBC News has reported that scattered pieces of a China-owned rocket could hit the Federal Capital Territory, among other regions on Sunday.

According to the report, debris from the rocket could hit Abuja, Beijing, New York, Los Angeles, Madrid, or Rio de Janeiro.

The Long March 5B Rocket was launched on April 29 at the Wenchang Space Launch Center in China.

China’s Space Agency used it to launch the main module of the country’s first permanent space station that will host astronauts long term.

In a tweet, the Aerospace Corporation, a US nonprofit research firm, said its prediction for landing was eight hours on either side of 4:19 GMT on Sunday.

READ ALSO: I believe in one Nigeria–Rotimi Akeredolu

According to them, the debris could land in an area close to New Zealand, but it could also fall anywhere across large parts of the planet.

Spokesperson for the Chinese Foreign Ministry, Wang Wenbin, said that the country was closely monitoring the debris’ reentry into the atmosphere.

According to Wenbin, the risk of damage to ground facilities are “extremely low”.

Recall that on May 12, 2020, it “rained metal” on Côte d’Ivoire after debris from this same model of the Chinese rocket fell uncontrolled into the earth’s atmosphere.