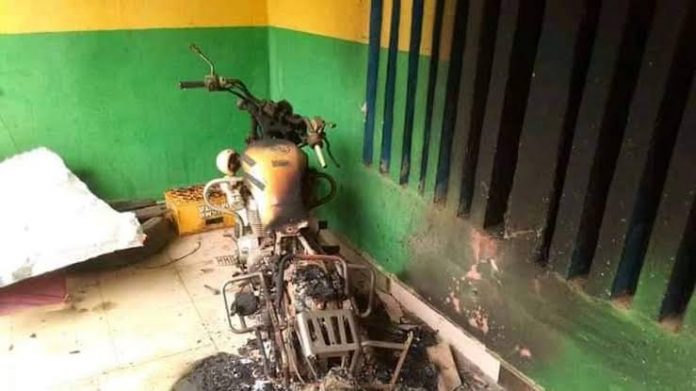 It was gathered that the burning of the police station at Mkpatak, the killing of the two officers and 12 cows were carried out in coordinated attacks launched in three different locations in the area.

All the attacks are coming barely 24 hours after five police officers and a police officer’s wife were killed in an attack on Idoro Ikpe Police Station in Ini LGA on Saturday.

A source disclosed that the officers were killed in Ukana Ikot Ntuen while the cows were killed at Afaha Ikot Ebak in the same LGA.

According to the source, one of the officers was burnt inside his car while the another officer on a motorcycle was shot by the hoodlums.

“Two police officers have been killed in Ukana Ikot Ntuen and one was burnt inside his vehicle, while the other one was shot by the bandits. As we speak, the situation is still tensed. They killed 12 cows in Afaha Ikot Ebak Village,” the source said.