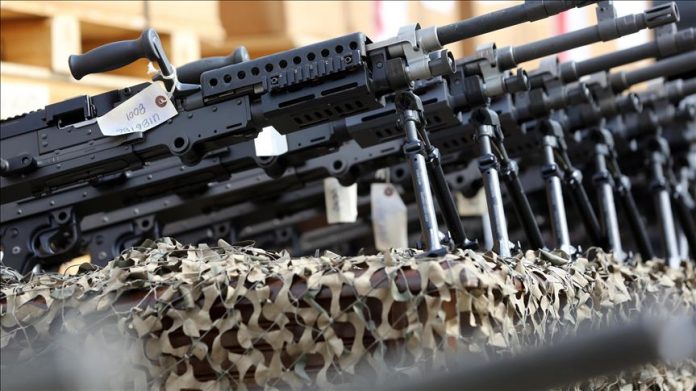 The Indigenous People of Biafra has urged United States President, Joe Biden, not to honour the request of President Muhammadu Buhari to assist Nigeria with its military and weapons.

In a letter signed by IPOB’s leader, Nnamdi Kanu, the group claimed that Buhari had made Nigeria the most dangerous country in Africa.

The letter read, “We, the Indigenous People of Biafra applaud your election as President of the United States, the most powerful office in the history of the world. We salute your adept and muscular discharge of presidential duties during your tenure in the White House.

“Mr President, as you consider Buhari’s request for military assistance to Nigeria, we respectfully urge you to also consider the following:

“Buhari has arbitrarily branded and terrorised the Indigenous People of Biafra, a nonviolent group pursuing the Independence of the former Republic of Biafra. Mr Buhari’s draconian measures were geared to retaliating against peaceful demonstrations favoring the restoration of Biafran independence that was cruelly extinguished by a genocidal military campaign Buhari partly led between 1967 and 1970.

“We respectfully suggest that you consider, among other things, denying weapons sales or transfers to Nigeria under the Leahy Amendment; listing Nigeria complicit in persecuting Christian and Jews under the Global Magnitsky Human Rights Accountability Act.

“We respectfully urge Mr President to invoke particularly Section 620M of the Foreign Assistance Act of 1961 (FAA), as amended, which prohibits the furnishing of assistance authorised by the FAA and the Arms Export Control Act to any foreign security force unit where there is credible information that the unit has committed a gross violation of human rights.

“In conclusion, we state categorically that the national interests of the United States lie in protecting Christians and Jews in Nigeria, defeating radical Islam and preventing instability in West Africa which will altogether be enhanced by a US-led diplomatic pressure on the Nigerian government to – as a matter of urgency – agree to a UN-supervised referendum on Biafran Independence.

“We wish you and your family many wonderful years in the White House.”