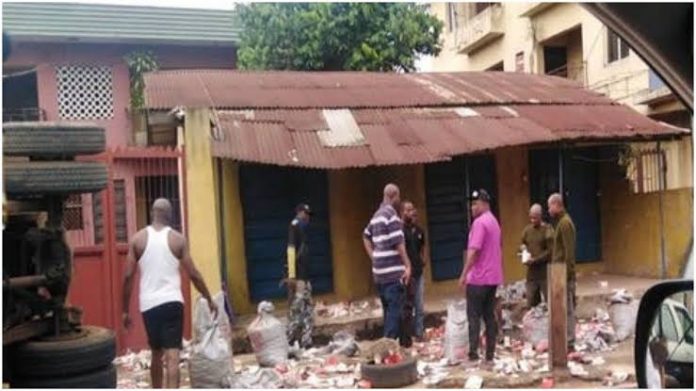 Tension broke out in Onitsha after a truck fell on its side and spilled cartons of live bullets on the road.

The incident occurred on Sunday in Awka, the state capital.

It was gathered that the truck, a Mercedes Benz 911 model, was said to be moving the goods out of Onitsha to a yet-to-be-identified location when it skidded off the road and fell into a gutter.

The driver was arrested while the conductor escaped.